Senior Member
Since the prevailing criticism I've received is that I have a pronounced flaw in 'telling' instead of wisely 'showing' my stories, I've decided to retire from short-story writing altogether for at least two years and sign off with one final attempt at creative-writing at this stage in my life with a ghost-haunted train murder-mystery (loosely-inspired by Murder on the Orient Express) that represents my best attempt to offer up a story theme of real social value --- to compensate for my current inability to be more 'literary' with word-usage.

So thanks for all the patience and gracious readership, and I promise to work on my writing skills (in private study!).

Cheers (and enjoy this 'modern fable'),

Detective Hercules Platini ('HT') boarded the luxury Indian train in Madras and prepared for his summer cross-country journey, eager to take a needed vacation after solving the mystery of the stolen Crown Jewels in England. HT noted that the India-train (Royal Express) boarded a number of noteworthy passengers, including the Princess of Monaco, Tom Hanks (American movie-star), Senator Pat Kennedy, the painter James Gallo, and celebrity-chef Nigella Dawson. HT decided to make a note of these celebrity-passengers by generating a passenger-list (for a personal travel-memoir!). HT was enthusiastic about this Indian railway-journey.

The beginning of the train-ride was excellent and pleasurable. HT enjoyed fine-dining and was pleased to greet-and-meet celebrity-passenger Tom Hanks as well as the Princess of Monaco. However, on the second week of the joyride, HT had to confront a mysterious and horrible crime. The painter James Gallo, one of the luminous passengers of the Royal Express was repeatedly stabbed to death in his sleeper-chamber/unit. The train manager urged HT to take up the case, even though, technically, he was on vacation, and solve the gruesome murder-mystery by the end of the journey.

The much-publicized Royal Express train-trek with celebrity-passengers was to be completed on schedule so the press/patrons could say, "Detective Hercules Platini ('HT') worked in the crime-mystery, interviewing all the passengers on-board, while the journey proceeded for the good will of the public." After all, the proceeds from ticket-sales of this celebrity-trek were to benefit AIDS research! HT accepted the odd case and began interrogating the passengers, including the surviving celebrities (i.e. Tom Hanks, Nigella Dawson, etc.).

HT Diary Entry:"I am convinced that all the celebrities on-board the Royal Express had a hand in the murder of the famous painter on-board, the gifted James Gallo! Yes, I believe Mr. Gallo held something valuable or symbolic in his possession that the other celebrities wanted to take from him after killing him. They therefore took turns sneaking into his sleeping-chamber/unit and proceeded each to stab him at least once, resulting in a total fatal ten terrible stab-wounds. I shall confront the celebrities on-board the Royal Express and interrogate them as a group to determine the odd nature of their terrible motivation.

When HT huddled the celebrities into one private area of the luxury-train and explained his crime-hypothesis and how he deduced that they all murdered fellow celebrity passenger, the painter James Gallo, from the clue that the killing of a painter would make them all 'equal suspects' (since a painter would want to render this 'celebrity-joyride' in a quiet painting and hence 'ornament' the experience of any celebrity on a train-journey!), the celebrity-suspect Tom Hanks confessed for the group that HT was correct and volunteered to explain the group's odd motive!

TOM HANKS: "Detective Hercules Platini has shrewdly deduced the details of this 'group-crime.' I was the first to enter Mr. James Gallo's sleeping-chamber/unit and proceeded to stab him with a large knife I stole from the Royal Express train-kitchen. Each of the other celebrity-passengers then followed, by turns, to enter Gallo's train-room and stabbed him at least once...until he died. We did this horrible act, because we were visited by the ghost of a young Victorian girl who promised to 'gift' us with a 'magical' Jaguar automobile hood-ornament of pure silver, meant to signify the 'frailty' of art, if we together killed the celebrity painter (James Gallo). We believed that if we refused this strange ghost-girl's offer, she'd forever haunt us and take our souls! Therefore, we reasoned that the Jaguar hood-ornament we'd receive as the 'passover gift' from the commanding ghost-girl would be the 'sign' of our deliverance from this terrible 'celebrity train curse' and agreed to make our friend, the painter James Gallo, the sacrificial lamb."

Detective HT was dumbfounded by this group confession-revelation delivered by the celebrity-passenger Tom Hanks (the movie-star!). Obviously, the celebrity passengers believed they were being targeted/haunted by the 'specter ghost-girl' who selected them together to murder the painter James Gallo and keep the silence, not suspecting that HT himself would solve/unravel the crime! To kill the painter on-board would force the other celebrity-passengers to deal with the specter's apparent omen that the treasure-like Jaguar car hood-ornament (of pure silver!) would 'demystify' humanity's hypnosis with celebrities and fortune, leaving no 'painter' alive to re-cast the omen as a sign of remorse.

HT reasoned to keep this revelation a secret so as not to cause a public panic or scandal. He'd tell the press that a mysterious/unknown stowaway boarded the celebrity-train journey, murdered the famous painter James Gallo, and then promptly committed suicide by jumping off the Royal Express! HT reasoned that the best way to 'lift' this demonic celebrity-train curse was to assure the public that this crime was completely random and therefore tragic in all proportion. This way, the celebrity-passengers on-board the Royal Express train who felt they were 'haunted' or 'plagued' by the ghost-girl specter who 'administered' this terrible 'fortune-curse' would indeed feel 'exorcised.' They'd simply all regret the fear-driven nature of their tragic behavior! HT prepared himself to literally save the day (and the Royal Express!). 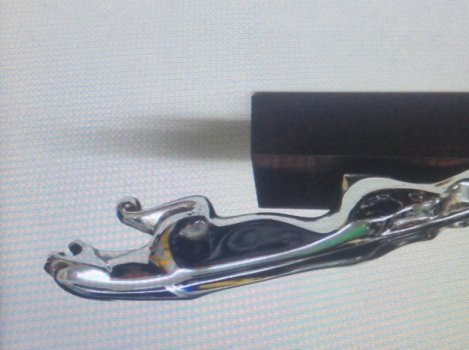 Senior Member
Lmao. Having not read any of your previous work, here's my opinion, humbly of course. It doesn't seem you have any affinity for horror writing (if in fact that's what this is meant to be). Points however, for freeing your mind of the constrictions of criticism, and just writing. The Tom Hanks confession killed me though. And this has a happy ending (aside from the "celebrity painter" James Gallo dying). Horror stories generally end badly. Science fiction usually ends with some twist, or sense of profundity. Your ending is unique in that, the character's solution to such an outlandishly far-fetched quandary, is so logically thought out. It seems to be the only possible happening in the entire story, but feels like it's meant to be the kicker. This is just my humble opinion. I honestly read the whole thing, (which I don't do if I lose interest) and I laughed, so thats a plus. You're not a bad writer, just keep allowing yourself to write freely, learning the intricacies, and appropriate literary devices at your own pace.

Senior Member
This is not about your story. I didn't get to that and I'm not keen on murder mysteries anyway. (I wrote a 60,000 page one for a contest but I forced myself: nobody won the contest).

This is about your decision to take a 2-year hiatus. I hope you will not consider this meddling in your internal affairs but, as you have put a reasoned decision out here in the public, and as it stopped me reading your story, I just want to give my unwashed reaction. To me, writing is like swimming. If you are trying to learn to swim, have some bad (e g near-drowning) experiences and take a 2-year hiatus from swimming to read books about it, you will not come back as a better swimmer. You will have to learn over again what you know now. Writing and swimming are skills, not theories, and they are not "learned" they are practiced. The way you will learn to swim is by having many near-drowning experiences and surviving. Similarly, the way you learn to write is to take buckets and buckets of criticism and survive. In the end, some of the criticism is valuable, some changes you, you grow and get less adverse criticism. But if you don't write for 2 years and avoid criticism, you lose that opportunity. You can read about the periodic table in chemistry and learn it because it is not a skill. If you know about it, you know all there is. But you don't learn writing by reading: you only learn about writing (ponder the difference) by reading. It is only in the practice that you do it better. So, while I don't know what kind of writer you are now, my advice is we all have something to learn, even the published ones (who, I find are here too): get back into the water with the rest of us guppies and swim until you feel you know how.
J

Senior Member
I recommend reading 'The Elements of Style' by William Strunk Jr.
Show hidden low quality content
You must log in or register to reply here.