The image of my city (1 Viewer)

Does what I've written give you an image of the city where I live? How do you feel about it? Generally, do I need to be more concrete when I'm describing a city or is this enough? Obviously, the city is an important part of the story.

Tehran was like no other city he had ever seen. It was vast and sprawled from a desert to its south all the way to the foot of rugged mountains in the north. It was the lack of harmony that made the city peculiar. Narrow streets entwined with wider ones. They came in all widths, shapes and sizes, as did the buildings that lined them. No two districts looked the same. It appeared as though a hundred different cities had been squeezed in one, and each looked out of place. Some parts of the city seemed untouched by time, others were trying too hard to be modern. He had never seen such a strange coalescence of things that didn't match: it was a symphony of chaos.

The cab navigated the disorderly streets where motorcyclists rode as if they had nothing to lose and car horns blared like foghorns. Looking out the window, he had the feeling that the city was enigmatic, reticent, reluctant - like the city's women hidden behind their veils, Tehran was hiding, perhaps from itself. But he was certain something was amiss with it.

The driver casually passed through a few red lights before turning into a narrow street lined with old, yellow brick buildings. The whole area appeared to have been frozen in time. It could have been the 1950s, not 2021. He handed the fare to the driver and got out of the cab, and made his way to the end of a small alley. There, the relentless murmur of Tehran faded to silence. He looked around at his strange surroundings. He could not be farther from his home city where harmony and order thrived. Tehran was a different, different place.

alpacinoutd said:
Does what I've written give you an image of the city where I live?
Click to expand...

It does, yes. Specifically, it gives the image of something very old, like a brick wall with several coats of paint under the current one. Around the edges, you can see the build-up of layers over time. White wash, murals, touch-ups, and complete makeovers.


alpacinoutd said:
How do you feel about it? Generally, do I need to be more concrete when I'm describing a city or is this enough?
Click to expand...

I think it's a suitable starting point. You can always sprinkle in tidbits in other places, where they're relevant.

You're contrasting it against a home city, which can be a good point of reference for the character and the readers. This is just a minor hitch to me, but "where harmony and order thrived" sounds a bit superficial. Is it truly more organized, or is he simply familiar with the chaos and bustle of his home city? Tehran certainly has a rhythm of its own, but he's not attuned to it.

But if you've written about the home city prior to this part, established it concrete terms, I'd say everything's good.

Senior Member
Yes, in my humble opinion you do need to be more concrete. Sure, I might understand that Tehran felt like a mishmash of different cultures and time periods, but I have no idea what it LOOKS like (except for the very small bit about the old, yellow brick buildings).

I think you need to touch on the physical aspects of the city more, to match the geographic and historic and emotional contents that you have sufficiently described above. You nailed the macro, now add more micro! Maybe describe in a bit more detail one of the houses, the alley, the road, or a landmark.

Senior Member
Mishmash is a good word to describe this city. Both in terms of its people and also architecture. 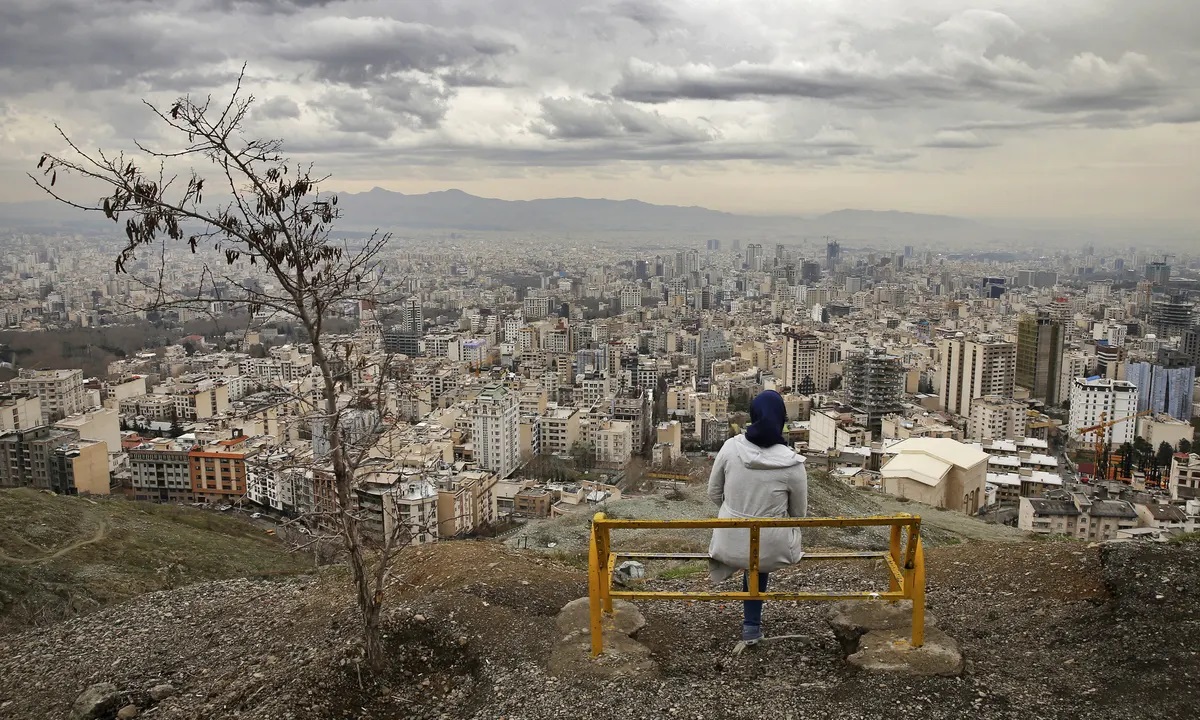