The Dark Side of Joy: An abandoned child struggles to survive living on the streets. (OUTLAW Book 1) (1 Viewer) 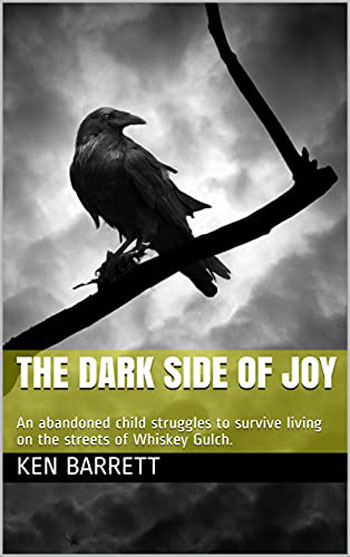 Twelve-year-old Alan Smith seemed to have everything going for him; he was athletic, popular, and excelled scholastically, but his parents were criminals. The lies he told to protect his family isolated him; his entire life was based on deception.

On April 23, 1967, the police kicked in the door to his home and took his parents away, and everything fell apart. His extended family abandoned him, and friendships based on dishonesty collapsed. Alan was suddenly alone and homeless.

In the following odyssey, Alan will learn to survive juvenile hall, foster care, and finally life on the street selling drugs for an outlaw biker gang. As he struggles to cope with mindless violence and murder, he evolves and becomes someone new.

Alan finds hope when he meets Swan, his first true love. But it is through this romance that Alan learns the greatest and most difficult lesson of all, that there is a Dark Side of Joy.

Outlaw - 1, The Dark Side of Joy. Available on Amazon.com