Senior Member
I decided to make a Valentine's Day return to offer a sentimental modern tale about the magic of Robin Hood after being overwhelmed by the Russell Crowe movie about the legendary thief/hero. I hope those who were relieved I retired will find this quirky ode to Robin Hood enjoyable and different! 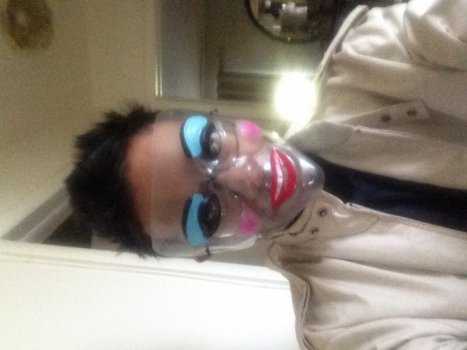 Terence and his two brothers decided to rob a federal reserve bank in NYC on St. Patrick's Day. They walked into the bank wearing brown paper-bag masks and holding realistic-looking toy black handguns and walked up to the bank manager and explained they were IRA (Irish Republican Army) terrorists who'd blow up the bank in two weeks if the employees didn't fully cooperate with them during the robbery. They assured the manager and the customers inside the bank that day that they'd disarmed and scrambled the computer-security systems so no one would expect them to contact the police in a normal manner.

With the bank members now calmed down and controlled, Terence and his brothers had the cooled manager take them to the vault-room from which they extracted over $40 million in cash and diamonds. The money belonged to the upper-crust of New York as well as to druglords in South America. The robbers (Terence and his brothers) put the booty into large duffel-bags and carried them into the subway and made their way to JFK airport where they flew their chartered private-jet to South Africa. They took half of their loot and donated it to a special charity-group caring for countless displaced youth who lived as homeless orphans.

Terence and his brothers oversaw all the charitable activities the South African group engaged in with the $20 million they gave them, telling them they were anonymous royalty who wanted to donate inherited money privately and discreetly. The group that cared for the homeless orphans saw their organization incredibly refurbished and well-stocked now to become the premier center for the care of abandoned children. Terence and his brothers congratulated the South African group and took the remainder of their loot ($20 million) to the Virgin Iskands where they retired comfortably.

During a night of heavy drinking on the islands, Terence told a pal that he'd pulled off the extraordinary Robin Hood heist. The friend was exacerbated and asked the incredible thief if Robin Hood should inspire many to help the poor, but Terence was compelled to wink, even in his drunken stupor, and rationally explained, "Only skilled master-thieves can achieve the high honor of bestowing unto the poor the treasures of the corrupt through 'dastardly deeds' of the truly valiant at heart!" Terence realized he'd become a surprisingly 'responsible' (if risky) knight of modern-world propaganda.