Song of the Siren (1 Viewer) 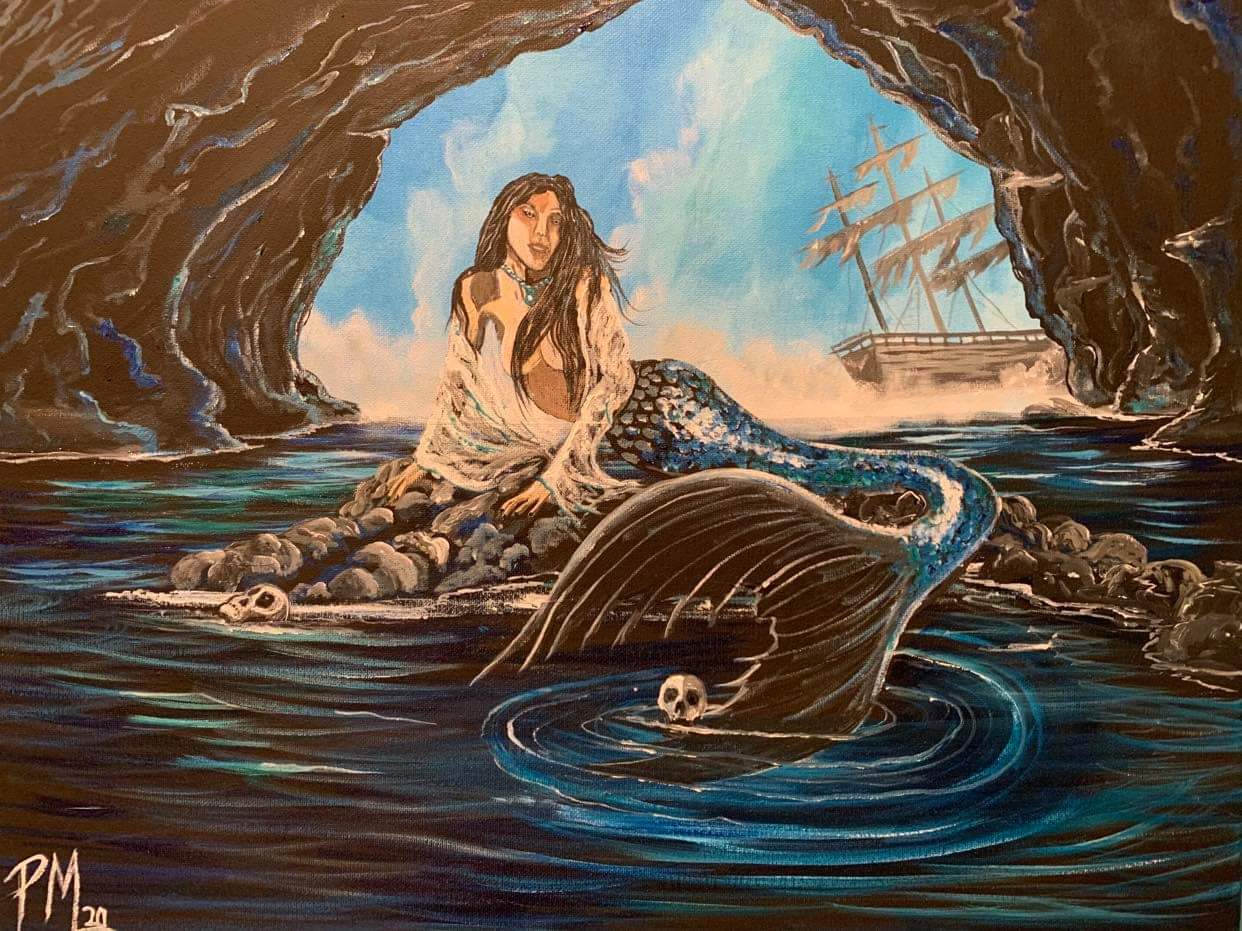 Song of the Siren

We spotted land today, and are sure to arrive by tomorrow's morn. The search has been long and wearisome, but the crew has found a new vigor in hope of sand beneath their feet once more. Or perhaps it’s the song we've been hearing, rising up from the crashing waves in sweet intoxication. A maiden's voice I believe, I can hear it even now. Jensen, a close friend and counsellor, assures us that it is naught but an effect of cabin fever-- simply a wistful mirage in the last stretch of our journey.

Coming back now, I wast drawn away for a moment. While I wrote, the singing appeared to grow louder- as if coming from directly under the windows across the back of my cabin. It grew fainter as I approached; yet by the hair on my chin I surely saw a fine lass bobbing up and down amongst the waves. She was gone in a flash, but even now the song penetrates the cabin... calling me. Her voice is as an angel, but what she sings is not of any tongue I've ever heard. However, my mind swims with something I wish to put into words:

Perhaps I need to get off this damn ship. Yes, tomorrow's light will be good for us all.

Oh great and merciful God, save us all! Deliver us from this wretched place and have pity on all poor souls who needlessly stumble upon these accursed shores! Never again shall I strike your name if you save what remains of my crew from the sea hag's grasp. How thou could create such a foul creature of evil is far beyond this mere mortal to understand. I only pray that you have planned a dark fate for this grotesque lady of the water. Her song still echoes in the corners of my mind. Her face haunts me in the darkness, even when I close my eyes. I shall be mad by the ring of dinner's bell.

To recount: we lost five good, strong men yesterday. Upon reaching the shores of a strange land not drawn on any of our maps, the seductive song stole our legs as well as our minds- and one by one my crew marched for a nearby cave. Even I felt the ghastly pull, though something held me back, along with some men who are perhaps of stronger will. Still, we could only stand immobile on deck, eyes transfixed upon the mysterious cave by the shore. Never has such a spell wrapped around my heart, an icy grasp in an angel's glove.

Suddenly the song was accompanied by a multitude of echoing screams, and for one stupored moment they seemed to harmonise in some etherial chorus. Such was the spell of the siren of the sea: our souls entranced as she feasted on the bones of my crew. How the spell was broken, no one rightly knows. Perhaps she had her fill. Perhaps the devil himself stepped in to drag his wicked daughter back to her watery grave. No matter. What remained of my crew scurried back to the ship and we fled as quickly as possible.

For all who sail these seas, beware the siren's song. If you hear it, turn around immediately and retreat. I pray your soul be spared....

MindVenture Club- Lucid Daydreaming - Creative Arts - Short Stories has 241 members. Ready to go on a journey? Well then crawl into bed or your favorite chair, and let's go! This club is a...

I enjoyed this very much, very evocative of John Masefield and horror tales of the .19c crews going mad at sea, and they did...and sometimes abandoned ship for no reason but a sheer bottomless panic. 'Bird of Dawning' is an example in novel form.

Hope to see more of your seafarer & mermaid stories
S

Senior Member
Thanks, glad you liked it! This was a fun challenge... I had to keep reminding myself not to use modern words or phrases, though I'm sure I messed up a bit.

Have you ever written a flash fiction to a prompt?

Senior Member
Yes. I won $20 in 2015! (Lifetime highlight) The problem sometimes is you need the picture in association with the story, or you feel you need them ..for readers to appreciate the ‘package.’ Not always - only in my $20 example.

And I’m very keen on 18c/19c seafaring stories. ‘Captain Kidney’ is one of my best. I’ll find it later & show you
S

Matchu said:
Yes. I won $20 in 2015! (Lifetime highlight) The problem sometimes is you need the picture in association with the story, or you feel you need them ..for readers to appreciate the ‘package.’ Not always - only in my $20 example.

And I’m very keen on 18c/19c seafaring stories. ‘Captain Kidney’ is one of my best. I’ll find it later & show you
Click to expand...

It'd be great if you come check out my creative arts club on Facebook - - called MindVenture Club in the groups section.

We are writing flash fiction (or short stories, poems, lyrics, etc.) and original music to member-submitted paintings. It's alot of fun and rewarding, though there's currently no cash prizes to enjoy

This story is still in need of a song to complete the collaboration, but many others on there do have songs.

Senior Member
I’ll do my best when I’m away from work - but dropped off f-book in 2012, soz about that, but I can still look
S

Matchu said:
I’ll do my best when I’m away from work - but dropped off f-book in 2012, soz about that, but I can still look
Click to expand...