Senior Member
Here's a post-retirement short-story I've always wanted to write as an avid fan of the comics series Thief - Tales from the City, an exposition of developed diarism...and dangerous imagination. Thanks so much for reading,

Ken was a perfect thief. Having grown up on the streets of Romania, Ken learned to be a pickpocket and burglar after the passing of his dear mother left him a homeless wandering orphan. Ken sharpened his thievery skills when he crafted his Academy application and gained admission into a psychology institute devoted to the understanding of urban street psycho-sociology, where he excelled as an amateur analyst of urban grids. After graduating from the Academy, Ken decided to travel all around Thailand, learning about the infusion of Eastern philosophy with emergent new age tourism and traffic. He developed a keen appreciation of worldly metaphysics. Ken then went to Nepal and read countless psychology journals before beginning a letter-writing correspondence with the Yale School of Divinity; Ken communicated to the Ivy school about the nature of man and the yearning for submitted liberty or obedient freedom under Christian consciousness. Ken had become a true man of consciousness, but he never forgot or left behind his keen sense of thievery and his mastery of theft.

Ken decided to travel to America and started working at a local dock in Massachusetts as a shipman greeter, laborer, and cargo transporter. He earned decent wages and financed his own life. He also met a gorgeous young prostitute named Emily with whom he forged an unlikely yet loyal romantic bond, promising to continually bring her money and food and fruits after his work and travels around Massachusetts as a dock-man. Emily grew to love him quickly, and Ken thought he found her very American and very homely. He promised to himself to never betray Emily. Well, since America was changing radically, Ken wondered what he'd be doing to keep pace with this changing civilization. He thought about his Christian divinity correspondences with Yale and his Academy learning regarding social psychology in Europe. He thought about his experiences with the art of stealing and burglary and professional theft and his skill with being a general modern pirate. Ken thought about how he'd merge his interests in thievery with the developed civilization focus on traffic sophistication. Ken thought about his prostitute-girlfriend Emily.

Ken really did promise this to Emily and then he decided to craft his plan to perform the perfect bank robbery in Boston. This would cap off a live lived in imagination and contemplation and creative meditation. True, Ken now considered himself a disciple of Christian thought, but he never left behind his human knack nor his spiritual interest in treasure-hunting, security-invasion, and fortune-theft. Ken decided to consider himself a symbolic blood-borne thief of the developing world, a man interested in both the psyche of property and the intellect behind treasure extraction. He considered himself the only real thief of the wind, a man of real colors and confidence cool. However, to perform this perfect and self-proclaimed scarlet-knighthood bank robbery of Boston's largest bank, Ken would've have to make sure he didn't endanger Emily in any way and in fact created the fortune extraction necessary to provide her with the promised island retirement in a forged paradise after a life lived in danger, intrigue, meditation, and ironic learning. Emily simply prayed she found a scarlet thief and not a blood thief.

On a cool Saturday afternoon in autumn in Boston, Ken walked into the Federal Reserve Bank on Boylston Street wearing a rabbit-mask and priest's robes. He pulled out a machine gun made completely of plastic hidden in his robe. He told the bank manager he was an emissary from the Vatican here at the bank that day to perform the ideal symbolic Christian press-robbery stunt, a fake robbery, to indicate the modern dangers of banking and fortune frailty in a capitalism-emergent civilization! The bank executive laughed out loud, thinking he was engaging with a very unusual and theatrical emissary from Vatican City and kindly escorted Ken to the vault-room from which Ken procured $20 million in diamonds. Ken placed the diamonds in the linings of his robe and informed the bank executive that journalists from the Vatican would enter the bank 20 minutes after he walked out pretending to be departing and then returning with these same journalists. He told the executive that one of the guards could escort Ken during this temporary exit from the bank so the diamonds he had in his pocket could be monitored. The bank executive laughed out loud again and gladly agreed. However, when Ken walked to the nearby bistro with the bank guard, he revealed his plastic gun was capable of shooting real bullets and ordered the guard to return alone to his bank. Ken then jumped into a nearby sewer-hole and disappeared in the tunnels underneath Boston.

Ken reunited with Emily and took a boat to an island with the money from the diamonds he stole from the Boston bank that day. He and Emily retired there safely, and Ken used his diamond-money to open a tourist pub called the Pelican. Emily became the seating-hostess of the Pelican. Ken and Emily married, and Ken began writing a 'thief journal' called Scarlet Mind. In his journal, Ken recounted his training with social intellect, his thoughts on the value of civilization consciousness, and the role of fortune-hunting and theft in a world beset by all levels of capital intrigue. He considered himself a 'scarlet thief' who'd be forever loyal to his prostitute-girlfriend Emily, if only to give thanks to Christ for the simple human life fortune of discovering true love in a modern sea of certain danger. Ken was the perfect thief.


"Money is everything" (Ecclesiastes) 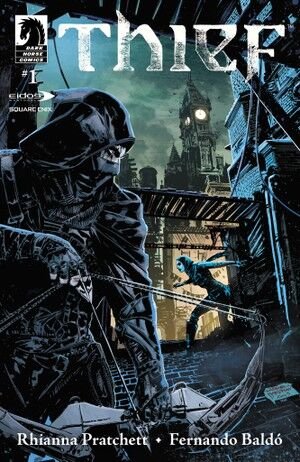 Senior Member
I think it picks up a little slowly. You might try to integrate his backstory into the plot rather than stating so much about his life at once.
T

WF Veterans
I wished you would have included more dialogue in the scene with the priest since I couldn't suspend my disbelief nearly as much. With dialogue I could have believed it. That would be considered to me to be what I consider a dramatized scene for a story. When you include a blow by blow exchange, and if you decide to sometimes this can help you write and come up discover ideas for a new plot. For example, imagine this story for another character's perspective.
Last edited: Oct 22, 2020

Ken was a perfect thief. Having grown up on the streets of Romania, Ken learned to be a pickpocket and burglar after the passing of his dear mother left him a homeless wandering orphan. Ken sharpened his thievery skills when he crafted his Academy application and gained admission into a psychology institute devoted to the understanding of urban street psycho-sociology, where he excelled as an amateur analyst of urban grids. After graduating from the Academy, Ken decided to travel all around Thailand, learning about the infusion of Eastern philosophy with emergent new age tourism and traffic. He developed a keen appreciation of worldly metaphysics. Ken then went to Nepal and read countless psychology journals before beginning a letter-writing correspondence with the Yale School of Divinity; Ken communicated to the Ivy school about the nature of man and the yearning for submitted liberty or obedient freedom under Christian consciousness. Ken had become a true man of consciousness, but he never forgot or left behind his keen sense of thievery and his mastery of theft.
Click to expand...

Look at all those Ken's I have highlighted, and it goes on.

Emily grew to love him quickly
Click to expand...

Might be better if she quickly grew to love him slowly It's what I call 'Putting together the things that go together'; the quickly goes with the learning, not the loving.

Have you heard the adage 'Show, don't tell'? This is entirely telling, not that it matters if it is an outline you intend to write up.

I don't know the comic series that you cite, but Darren has recently started a fan fiction area which might be a suitable place to post.
Z

Senior Member
I think there's a lot of potential here in the beats, although the way you tick through them is a tad jarring. It feels a bit robotic, in that it states a number of things without accompanying evidence. Let me jut note that I don't claim to be as skilled with very short form writing, and that is MY shortcoming, so take my critiques with a grain of salt, or a handful if you'd prefer. The sentence struck me. In saying that he is a perfect thief, you've informed us of this, but is it necessary to? I'm only wanting to inspire the question, and if yes is your answer, that's of course, all fine and good. The problem I find with this personally is the lack of growth in the character as I observe him. Since you've noted he's perfect, I'm primed to expect him not to fail, even if you go back and say how he became perfect right after, and it halts the arc and growth of the character for me personally.

I did enjoy the robbery concepts, I thought they were just goofy and outrageous enough to keep me well entertained, though i would have liked to hear his skill with language or convincing a bit more, as it seems like a large task to make something like that convincing. I did also question, was the gun ACTUALLY plastic? Or was it more that he had said it was plastic in the story. The way you presented it made it seem factual, though I was stirred into questioning how such a thing would actually fire real bullets. Just some thoughts, but I found the concept rather enjoyable.
B