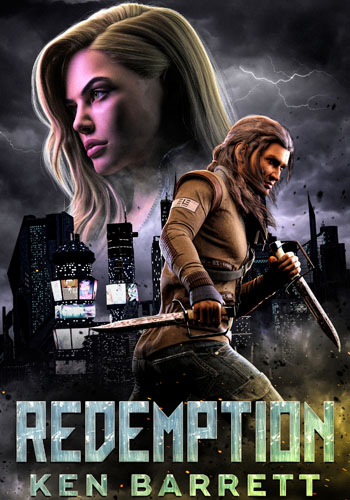 A city under siege; as armies clash, two broken people will rise to reclaim their humanity.

Vegas City is among the last fortified cities in America, but it’s in peril. Tyrannical leaders oppress a starving population, while outside the gates an anarchist horde prepares to attack.

Within the city, Eris Johnson is called the Witch; her police force monitors the citizenry and hangs those suspected of sedition. As a survivor of an abusive childhood, she seeks safety and will crush anyone that gets in the way of her rise to unassailable power.

Beyond the wall, Tom Deimos is known as the Reaper; an assassin specializing in bloody statement-murders working for the invading tribes. Raised in a forced labor camp, a deep rage drives him; he doesn’t care who wins the war as long as he gets paid.

When an assassination goes awry, the war between the tribes and Vegas City intensifies. Under the pressure of a siege, the Reaper and the Witch question their roles and life decisions. Together, can they end the war and find redemption?

Redemption, by Ken Barrett (aka: IndianRoads)

About the author:
Ken Barrett grew up in the San Francisco Bay Area and worked as a Design Engineer for over thirty years in Silicon Valley. He is a lifelong biker (motorcyclist), and an accomplished martial artist with advanced black-belt degrees in TaeKwonDo, Shaolin Kenpo, Hapkido, and Shotokan. He is retired and living in Colorado