MY ROAD TO PUBLICATION STARTED HERE AT WF (1 Viewer)

Write what you know!

That's easy for someone who actually writes about the things they do. For someone who writes about native monsters, mind controlling insect aliens or serial killers, that can be a daunting task. I mean, I could do these things, but I don't know if I'd be allowed access to a PC in a jail cell or insane asylum.

In the case of ACADIA EVENT I can say that I know most of the subject matter. I was an ice trucker on the worlds longest ice road from 2012 to 2016. There I was inspired by the majesty of the frozen north, and there I was began to formulate the novel, ACADIA EVENT.

So, no prison walls or insane asylums for this writer; at least not yet. 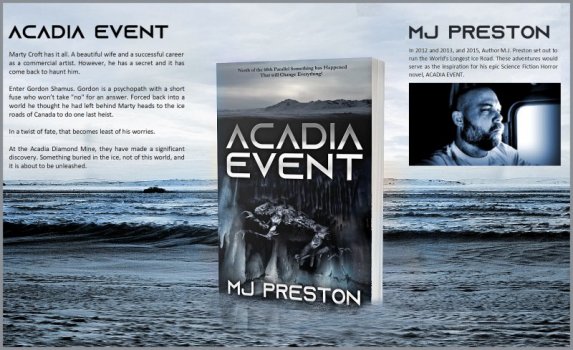 Thanks, doing that now. 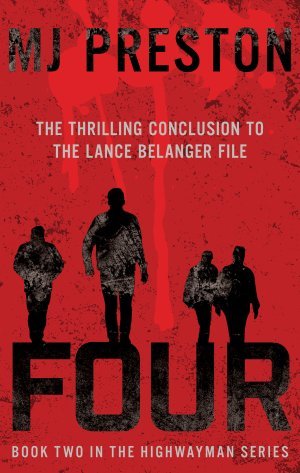 WF Veterans
I work a full job, most of it physical and I work long hours, especially in the winter. I average about 60 hours a week. I don't drive truck much anymore. I'm a trainer, but the job is demanding. I've gotten up at 5 am, made the hour commute to work, and by the time home commute is over it's 7 or 8 pm. I do that five days a week, and somewhere in the midst of that I find time to write.

Now, as the launch of my latest book enters into the world, a baby turtle running to the sea under a sky of hungry seagulls. running to the Vulnerable to criticism, the new book can be loved or rejected.

It is the culmination of two years work, two companion books that tell a very long story. The first takes place over the course of seven years. The rise of a killer, honing his craft, wanting to be the best. An FBI investigation with little or no clues. Special Agent Lewis Ash is facing retirement, and the Highwayman case will be his Swan Song. So the killing continues. Enter Special Agent Maxwell, sic MAX, a first rate hunter, but the Highwayman is elusive.

The killer, Lance Belanger, only wants the notoriety, the celebrity of being up there with the big ones. Bundy, Dahmer, Vlad Tepes, and so many more. He wants as many kills as he can make, and to up his game he enlists the help of others with similar tastes. The combined pages of the two books is roughly 900 pages.

A whopper of a tale. Larger and long than my 614 page,science fiction, horror thriller, Acadia Event.

Now as I pump the heck out of this, making appearances on the podcast circuit, radio, and signing and submitting to interviews set up by my publicist, I began to feel the long work days, constant promoting, start to catch up with me both physical and mentally. By last Saturday, I still had some last minute business to deal dealing with the launch while juggling the day job, the promotional, and of course the last touches before the sea turtle runs toward the tidewater, rats with wings watch with hungry interest.

By Sunday, I was exhausted, both mentally and physically, I rose at 5 am Saturday morning and did what I had to do for the publisher, then I donned my coveralls and went to work. Along with this is, the angst you get in the pit of your stomach. What did I forget? I was pretty down on writing, had some of those moments where you project a worst case scenario. I was in the doldrums, exhausted, second guessing and wondering whether I might trade in my keyboard for a fishing rod.

On Monday, I was contacted by my publicist, he informed me San Francis Review of Books had reviewed my novel, Highwayman and given it a great review.

Here it is the clipped review.

Canadian author M.J. Preston is rapidly becoming recognized as one the more impressive writers of horror fiction. His novels to date: THE EQUINOX, ACADIA EVENT, and The Highwayman Series, of which HIGHWAYMAN is Book 1 (book 2, FOUR, is soon to be released). In addition to his novels, Preston has been a contributor to short story anthologies, collections that focus on dark themes.

Finding the platform for creating a novel (and series!) about a diabolical serial killer is a challenge to all writers, a challenge that MJ Preston has comfortably mastered. His entry into his story, shared with raw language, seems adequately comfortable to the reader – a scene that introduces crime reporter Horace Montillo (aka Harry) and a Detective Perkins in a sultry Kentucky office in the year 2008 as an interview regarding ‘Highwayman’ and one ‘Norris” – and the story begins.

As Chapter One surfaces, we are witness to a grisly murder played out as a bar encounter that ends in one of the more heinous murder descriptions on paper. And that is only the beginning of the crimes that cover the time frame 2000 to 2007! The drawn out detail of the description of the encounter, from passion and lust to…murder sets a tone for the remainder of the book.

Preston’s synopsis shares the plot without destroying the anxiety-riddled pace that makes this book so engrossing: ‘Lance Belanger has only one ambition, to be the most infamous killer of all time. After murdering a single mom and her toddler child, Lance indoctrinates himself into the world of serial murder. Before long, the bodies start turning up all over the country. Each victim is incapacitated by a puncture wound to the spine, then, while still alive, they are dismembered, their arms, legs, and head are severed from the torso. FBI investigators call their killer “Highwayman.” But beyond the multi-state dumping of staged victims, the killer has left them little else to go on. With no DNA or forensic evidence, veteran FBI agent Lewis Ash is in a race against retirement as he tracks the elusive murderer. Meanwhile, Lance has other plans that will up his game and increase his body count. In a web of murder that reaches from the United States to Bucharest, Romania, a diabolical plan is set into motion to attract the most dangerous predators the world has to offer. Can the FBI stop this killer before he sets his plan into motion?’

Prose of this quality is rare in horror stories, but Preston magnetizes our attention from the first of the serial crimes to the last, preparing us for the wait for Book 2 in this impressive series. Cinematic adaptation? Not necessary, as the imagery and action depiction and inherent terror, suffice. This is a stunning achievement!

That made me feel better.
But I'm still tire. So tired I am nodding of at the keyboard, writing this post.
Skip the editing, I'm going to bed.
Click to expand...