Along the shores of Tuscany grow wild, salty shrubs that sailors, long ago, claimed to be able to smell long before they could actually see land. It was this distant scent that alerted them that home was near.

Although I have never spent time at sea, I can appreciate the sailors' reaction. I too live on the shores of the ocean and associate home with its scent. 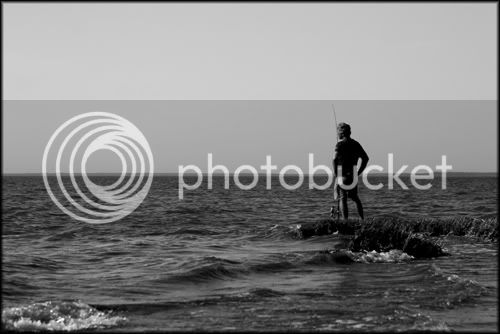 I live along the tidal marshes of southern New Jersey in the village of Goshen. This is low country and much of the land is barely a few feet above sea level. Some not even that. The low country has a peculiar feel and smell. Pat Conroy, a passionate zealot of the coastal island, once described the low country smell as, "the bold, fecund aroma of the tidal marsh; an exquisite and sensual a smell like new milk, semen and spilled wine, all perfumed with seawater."

This aroma is a part of my life in Goshen. Locals joke that one of the hallmarks of a person who has lived here for any length of time is that they can walk out their back door, sniff the air, and remark without meaning or prejudice, "Low tide."

When I first moved here, I would wrinkle up my nose with disgust, much like I see the hoards of vacationers do now. For many, the smell of low tide is repugnant; a combination of smells that assault the senses with their ferocity and leave the uninitiated reeling. But after living here for nearly six years, the smell is the smell of home and all that the word entails. It's all safety and comfort - like mashed potatoes and flannel sheets.

This is the place I call home. But it was not always so. And while it's rhythms and smells will always be a part of who I am, I am not from here, and this separates me in a way that few can understand.

Pat Conroy also wrote, "My wound is geography. It is also my anchorage, my port of call."

Geography is also my wound. I grew up the child of parents who moved from place to place with a kind of gypsy nonchalance. When people ask me where I'm from (by which they mean where I grew up) and I rattle off the litany of states and cities that were my home as a child, they all ask the same thing, "Was your father in the military?"

The thing is, we didn't even have so reasonable an excuse. The best way I can explain it is that we moved as often as we did simply because there wasn't any reason not to. I don't mean to imply that there was no reason for our moves. They did, in fact, always coincide with my father's work, and to hear him tell it, it sounds reasonable enough. But even as a child growing up, this didn't go far enough to explain going to a new school every year, or having to make new friends in a town where the kids spoke in a strange accent and used words I'd never heard.

Oklahoma is where my parents grew up and for the first 25 years of their lives or so, they never left the state. Then, soon after my older sister was born, they got itchy feet and we began our short tour of the country. At different times we lived in cities and towns in Southern California, Illinois, Tennessee, Pennsylvania and Oklahoma. Some places we lived in for several years or so, some for not more than a long, hot summer. Several times we moved back and forth between two states more than once.

There was a certain excitement to moving someplace new and wonderfully strange that I thoroughly enjoyed. I was young enough that picking up and leaving everything you knew behind was kind of refreshing. The upside of this is that I can plop down anywhere and feel at home. The downside is that I have never felt any sort of attachment to any one place.

From the time I entered the third grade till the day I graduated the eighth, I attended a Mennonite school in Southeastern Pennsylvania. My schoolmates were the children of farmers and ranchers and I grew up slowly in the heart of Pennsylvania Dutch country. My friends and their families were Mennonites and so believed ultimately in the righteousness of pacifism. I, on the other hand, grew up in a house with parents who believed in the righteousness of Republicans.

I differed from my friends in many other ways as well. While I lay sleeping, in the hours before dawn, they were milking cows, feeding pigs or any other number of chores that a young child living on a farm is expected to perform before breakfast.

But the biggest difference was their sense of belonging to the land. The families of my friends had, for the most part, been living on their land for generations. Many of them lived in houses that had been expanded to include grandparents, aunts, uncles, and cousins. They felt attached to the land and it was home.

They say that the most important time in a child's development is in the first few months. It is then that the child bonds with its mother. Children who fail to make this bond at an early age are usually doomed to failure in ever making that bond as adults.

This is as close as I can get to describing my lack of roots to a geographical home. I had no bond at an early age. And so I believed that I too was doomed to wander the world, with no real place to call home.

Today, I work just outside Philadelphia, about an hour and fifteen minute commute each way. I wake early and make the trek up to work each day and in the evening I make the long drive home. My drive is incomprehensible to many people and I often get quizzical looks about my commute. Why, people want to know, do I live so far away from where I work? I tell them that it's not a question of how far away from work I live, but how far away from home I work. My drive is a small price to pay to live in a place I can call home.

The town of my home is a special place to me. Not just because of its beauty and solace, although that is indeed part of it. It's home because this is where my family is. It is true what they say, home is indeed where the heart is. And my heart lies with my family in a small seaside village in South Jersey called Goshen.

My ride home contains many twists and turns, just as my life up till now has. I travel on large highways, amidst many commuters, all traveling quickly to and fro in the great American pursuit of success. Eventually, the highway turns into a two-lane road that snakes through small towns, coastal communities and great stretches of pinewoods. Finally, the woods open up and the marsh comes into full view, stretching out to the horizon in glorious splendor. As I write this, it is autumn and the reeds and grasses of the marshes are turning golden. The light is clear and warm as the sun sets to the west.

Often as I drive, my mind wanders. I think about work, my family and my life. Often I am unaware of my surroundings, but I never miss the first sight of the low country. Just before I come out of the woods, a scent invades my daydreaming. It is the smell of life, of things growing and decaying, beginning life and dying. It is the smell of the low country and as I look out over the land, I breath deeply and thank God that I am home.
B

Senior Member
Not entirely fair - the easel was large and unwieldy, of necessity, for holding such a promising canvas - and yet the imagary barely fills a corner, leaving a thirst unquenched.

Whoever it was that said, "Home is where the heart is", obviously had a hearth upon which to display his/her heart. It was not their fault that they did not realize that, to many, "home is just a place to plop your ass at the end of a long day's hard work".

Senior Member
excellent writing, david!... and a wonderful turn on my favorite parts of the globe, its shores... i have been to sea, albeit on small cruise ships and a huge container ship, not 'working'... but i still can appreciate the sailor's love of endless skies and boundless reaches of our planet's lifeblood... i'm living on a tiny pacific island now, so have nothing but sea in all directions... imo, that's as close to heaven on earth as we can get...