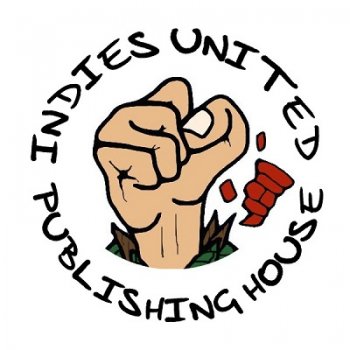 Today we are interviewing Lisa Orban, author and founder of Indies United Publishing House. Her new publishing house has just celebrated its first anniversary and already boasts over a dozen talented authors among its ranks!
So you were a retired grandmother who had been bitten by the Indie bug. What inspired you to start your own publishing house? That’s a really big step.

In 2005 I published my first book, It’ll Feel Better when it Quits Hurting, and when I hit the publish button, I had no idea what I was in for. Publishing a book isn’t intuitive, there aren’t any obvious rules to it, and I had a huge learning curve indeed to traverse that I didn’t even know was there. But, I was lucky, as I was stumbling around, several people who were impressed with my book, but could see I was lost, took me in hand and helped me get through my first year as a new Indie author. If it hadn’t been for them I would probably still be stumbling around and now I am paying their kindness forward.


By the time I had published my eighth book, I knew the ins and outs of publishing in a way that would have made my head spin when I first started and probably would have sent me scurrying away before I ever hit publish if I had realized what I was getting myself into. But it was a hard fought education, traditional publishing houses look at Indies as the unwanted stepchildren of the publishing world, tolerated but unwanted. Vanity publishers were ever on the prowl for the next hopeful author who, like me in the beginning, had no idea what publishing entailed or how predatory vanity publishers could be. And we all learn that our individual voices don’t carry very far in the din of advertising where everyone is shouting to be heard above the others.
Individual Indies can’t compete with big houses when it comes to advertising or reach, we don’t have million dollar annual budgets and we don’t generally have the connections. And it doesn’t matter how good your book is, if you can’t get your book out there in front of people, you’re simply not going to be read.


And then a little over a year ago, the idea formed of creating a co-op of authors who could work together, combining their voices and social media presence all under one roof,could have a chance of getting the attention for our books we each strive for, but rarely achieve. One voice in a million will not be heard, but a dozen, a hundred or more, all working together, could stand out above the crowd. Something like that could begin to compete with more traditional houses, while bringing more diversity of stories to our readers than any one traditional house would even consider.
We could offer help, guidance, and support to new authors and help refine already established Indie authors who joined us We could build a community of writers where we each supported and encouraged each other, shared information and helped each other find their stride without having to stumble as I did, as so many of us have. I envisioned something more than a house, I wanted to create a home for authors.


I started bouncing the idea off of others, and in the end, decided this was a viable idea and after months of planning we opened our doors on September 12th last year.