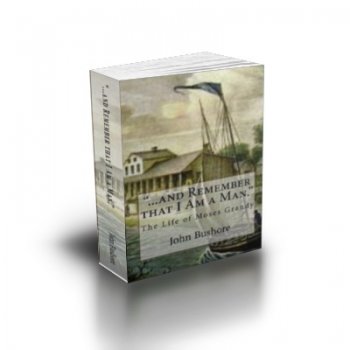 I'm giving away free kindle editions of my historical novel, "...and Remember that I Am a Man." on Sunday and Monday, Sept. 9 & 10.

"...and Remember that I Am a Man.": John Bushore: Amazon.com: Books

“…AND REMEMBER THAT I AM A MAN.” is the story of a man who fights his enslavement with dignity rather than submission, with reason instead of violence, and with trust in God instead of skepticism toward man. It received a 2011 Pinnacle Achievement award from the North American Bookdealers Exchange and was given a five-star review at historicalnovelreview.blogspot.com.

In the late 1700's, the child Moses, playmate of the master's son, sees his mother tied to a peach tree and whipped. As a young man, he suffers under a series of cruel masters and is beaten, whipped, and nearly starved to death, which forges his character and his faith in God. In adulthood, his wife and children are sold away and he is twice tricked out of money he has earned to buy his freedom. Yet he continues to fight the tyranny of slavery. His travails, which uncannily parallel those of the Biblical Moses, are a shining example of what can be accomplished through faith and perseverance.

Based upon the NARRATIVE OF THE LIFE OF MOSES GRANDY, published in 1843, this novel chronicles the life of a man who struggled for freedom in the Great Dismal Swamp region of North Carolina during the early nineteenth century. It explores the cultural, political, religious and economic conditions that allowed slavery in a new nation that had just promised liberty for all.
Show hidden low quality content
You must log in or register to reply here.
Share:
Facebook Twitter Reddit Pinterest WhatsApp Email Share Link
Menu
Log in
Register
Install the app
Top