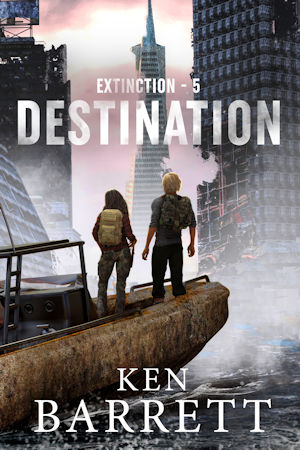 Liam, Rose, Jack, and the rest of the android family return for the conclusion of the Extinction series.

Do androids dream? They shouldn’t, but a vision compels Liam to travel west to a city that stands above the western sea, surrounded by the ruins of a forgotten civilization. Upon arrival he is asked to build more of his kind, but will they be slaves or free people?

Left behind, Rose becomes the matriarch of a family founded by the son of her best friend. But after 200 years, the birthrate has fallen, and the progeny she cared for is gone; without a purpose, what will she do?

In a distant part of the galaxy, Jack and his siblings search for advanced civilizations; but an alien entity intercedes to forcibly return them to Earth, where they will join Rose and travel west, following Liam.

As the androids gather, they discover that humanity is developing uncanny psychic abilities. How great will their powers grow? And what will become of the androids once they are no longer needed, if they survive at all?