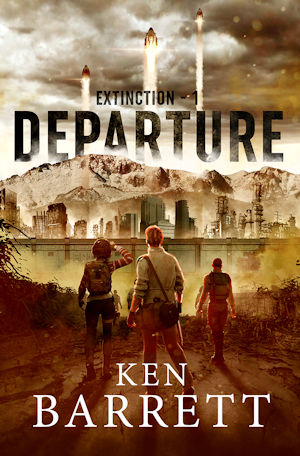 Liam Collins was just an engineering geek, not the stuff of heroes.

After centuries of war, nations have fallen and civilization is on the verge of collapse. Within the state of Colorado, two walled city-states remain. To the south, Pike City is at war with a loose confederation of tribes ensconced within the Rocky Mountains, while in the north, Flatiron City strives to remain neutral by selling weapons to both sides.

In Flatiron City, Liam develops the technology that is bartered to keep the peace. But his simple life and the delicate balance his city maintains abruptly falters when astronomers foresee an impending solar flare that will end all life on Earth.

Liam is forced to work on an ambitious project to allow an elite few to escape to the stars. But should only the worst of us survive, or is there another option? As he executes his plans, he wonders, is losing our humanity in the effort to save our species too high of a cost to pay?