Patron
Let's face it, fiction writers are a bunch of liars as a matter of course (we totally make everything up), we pirate ideas from every corner of the globe (which is a real trick, geometrically speaking), and we perpetrate crimes against characters who never asked for any of the misfortune, terror, and itchiness that we inflict upon them.


So you're in the Writer's Interrogation Room and this will go easier on you if you just confess.

What have you done to your characters? 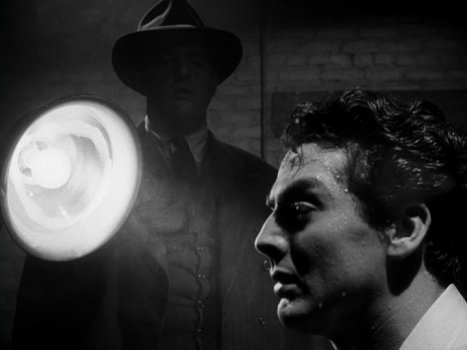 Retired Supervisor
What I haven't done is a shorter list:
Drowned
Tortured
Raped


My best so far is in my Catfish, which has been deleted from the forum.


My best so far is in my Catfish, which has been deleted from the forum.
Click to expand...

You were too easy to break, Bazz. I want a little more detail.

You were too easy to break, Bazz. I want a little more detail.
Click to expand...

Extreme Irony.
As he leapt from the top of the tallest building in all the land he uttered the words, “goodbye cruel world!” For he was a traditionalist.


As the last syllable left his lips his phone rang. Despite being busy plunging, he succumbed to the training of many years of habit, he answered it. His wife was unable to contain her composure. “Darling! We've won forty million pounds on the Euro-lottery!”


Without a word he tossed the phone to one side, spread his arms wide, then with vigour and determination he started to flap.

Retired Supervisor
I once killed a character with a Frisbee...

Now we're talking. That was dastardly, Terry. You're literally a Dastard.

I have to applaud that sort of creativity.
R

Foxee said:
...What have you done to your characters?
Click to expand...

From the replies so far, likely not what you might expect, but, how about the first five come to mind?

Left one forever in the Starbucks parking lot, now-puzzling venti dark in his left hand, car keys in his right, watching over the top of his car the woman he'd bent time and space and destiny to orbit for the last seventeen years get out of another man's car and pause, noticing him there where he wasn't supposed to be and finally allowing him to see her clearly for the first time.

Left another forever bent into a tight ball on the living room carpet unsuccessfully willing himself to die, his wife's flung wedding rings scattered alongside.

Left yet another forever dazed in the bottom of the blasted crater of her house, baffled by the non-functional phone handset in his hand, her voice shrill from within, insisting his anger wasn't helping things.

Left another forever terrified not by the men killed by what he'd built, but by the money pouring in because of it, the phone number and account number and last insane daily balance written on the shreds of a three-by five-note-card cupped under his left hand as if trying to corral them from escaping like erupting baby spiders while the voice on the phone held in his other asks, "Hey! Are you still there? So, are you in?"

Left another homeless and unknowingly dead from exposure in an otherwise empty small urban street-side candle-lit church, her gnarled and wind-scoured hands forever poised over the piano keys, waiting in the dark for the stage lights to come up, feeling the concert audience's rapt anticipation and thinking fondly, "Ah, they're always so quiet at first!"

Retired Supervisor
Hi robertn51https://www.writingforums.com/members/65641-robertn51
Usually I go for a happy ending. My acts of violence are to be recovered from and sometimes regretted.

Foxee said:
Now we're talking. That was dastardly, Terry. You're literally a Dastard.

I have to applaud that sort of creativity.
Click to expand...

WF Veterans
What HAVEN'T I done?

That's a lot of forever! Some really interesting scenarios there.

I knew medical care was getting expensive but that's a new one!

Someone wanted to steal his Frisbee? ;-)

In my latest my MC was stabbed by an enemy but survived. Then he was stabbed and killed by an ally so he could more conveniently complete a mission. He was ambushed thrice but escaped. He was kidnapped and almost tortured, then in the same sequence almost killed in a fight. Another couple of fights where the opponent(s) would have killed him if they could. A reluctant ally mentally tortured him. He was flimflammed into pissing off another potential ally. Thugs tried to murder him just in an act of robbery. Oh, and on his 'mission' his target almost strangled him and threatened to subject him to eternal torment.

All in all, he had a pretty rough couple of weeks.

In my WIP, a cat keeps trying to eat my hero.

Patron
My money is on the cat.

Foxee said:
My money is on the cat.
Click to expand...

I seem to be stuck in a rut with cats. One of the eternal torments my MC was threatened with was being buried up to his neck while a cat licks his nose.

Considering the original Frisbee took the form of a ridiculously heavy metal cake pan, you probably aren't the first. lol

Senior Member
One time, I made a character into a child soldier. (She had to slash people into bits with a hatchet during night raids and much, much more.) After the war, I threw her into a mirror dimension full of demons were she would never, ever die. (The layout was a coliseum containing a forest.)

Senior Member
I'm about to crush a guy with a giant crucifix, but don't worry--he's evil.
M

Senior Member
I had a psychopath magic user kidnap the unborn twins from their mother's womb in order to conduct experiments on them.

EternalGreen said:
I'm about to crush a guy with a giant crucifix, but don't worry--he's evil.
Click to expand...

The crucifix swatter of evil. You may need to patent this.

MistWolf said:
I had a psychopath magic user kidnap the unborn twins from their mother's womb in order to conduct experiments on them.
Click to expand...

That's the kind of character who has me positively rooting for someone to kill him off.
Show hidden low quality content