Are You Really A Pantser? (1 Viewer)

I do get the cat phobia example and asking why is important to get to know the character which you pointed out. I might be using a slightly different approach. For example I have researched character moral codes. Moral codes can be researched on wikipedia. I think I will plan my character. I understand it is a bit of both. I haven't seen many discussions on character planning. Moral codes apply to psychology. I build a list of facts but understand asking why will help. Or the backstory in this instance. I have decided to wait on a discussion on character planning! I don't feel motivated to do so yet when I need to focus on sentence structure maybe the most. That will make my words flow much better. That way I can know when it is incorrect.

I do know the outline will change When I want to write this story.

When they get issues resolved I will want to start the thread. Thanks for answering and as always . I also liked the background on Fiddlesticks. That is a good example.

I appreciated you answering my questions.
Click to expand...

I'm going to be absolutely honest with you, man. Stop reading those books and looking on Wikipedia for 'moral codes'. Pick a person you know (yourself maybe) and base your character on that. Adjust if need be. If I had to give you one piece of advice in terms of the whole piece, it would be to look from the inside out and not from the outside in.

Theglasshouse said:
So does no one plan characrers? Pantsing or making it using writing up as you go has traditionally referred to plotting and not characterization although it's meaning is ambiguous. Or is this referred to as pure plotting or a mix. I'd like to read some dissenters and what they do. Plot and character are considered separate things. So are planning and the term pantsing.
Click to expand...

In my first novel, I completely pantsed my first 12 chapters. I made up characters on the fly, and had a note document to keep of list of them as they appeared.

The problem with doing that was I stalled without a plan for the last two acts, not that there was anything wrong with the story or the characters. Writing a synopsis helped me finish, but had nothing to do with the quality of story-telling. All the readers read the last eight chapters because they like the first twelve chapters.

Since then, I've written a synopsis for every novel except my sci-fi. In that one, any planning was in stages in my head. There, I also kept a notes document for characters as they popped up.

Even on the collaboration PiP and I are working on, characters have entered without being in our chapter by chapter synopsis notes. She created a sister for my MC when she wrote her part of Chapter Nine that I then wrote into my earlier chapters. We had material for Chapter Nine before I wrote my first three chapters for my MC ... since Chapter Nine content came out of the collaboration challenge we started to write for Foxee's prompt.

So for me, the synopsis only gives broad-strokes of the story. The details come as I write, and I suppose that makes me a hybrid. There are quite a few successful authors who claim to be pantsers, including one of my favorites, Asimov. So my synopsis doesn't outline my entire story, but it does give me a direction which guarantees, now that I know how, that I'll finish. My WIP mystery is an exception. I felt that a good puzzle mystery needed to be planned in some detail, so every character had a name, a role, and a note before I even started plotting. Different types of projects can require different levels of preparation.

When any of us discuss our method, that's not a recommendation that others should use it. Writers use many methods successfully. In my mind, what it does is give writers who work similarly, but are unsure of their method, confidence they are not alone, and what they are doing can work.
Last edited: Oct 13, 2021
T

WF Veterans
Themightyaz. I respect your opinion. I just think I like the screenwriting way of writing. I havent tried it yet so I don't know how this approach would work as not one of my works has been planned for the character. It's one a list of questions or a biography . I guess I do want to try to write an imaginary character. I finished reading all the books I wanted. This one has been used in universities such as ivy leagues. I won't buy more books. I have tried to base characters in people I know with mixed sucess. The book mentions that psychology is a main way of getting to know the character (wiki psychology has some interesting entries in the subject and I will give an example of.what is a moral code). But I do appreciate your advice to look inward and not outward which is why the phobia of cats is a good example. His method applies to all storytelling since it has to do with charactetization. Lajos egri probably has a biography somewhere that shows how influences today in movies, playwriting, and elsewhere.

We all have different approaches and I am probably the only one trying this approach or one of the few ( I read two of Lajos Egri 's books well known in universities).

Thanks vranger. I have been doing just that. Trying to build confidence. I know not every approach works. I am trying a different one that that has no final product written work to date by me. So I can't know if it works. 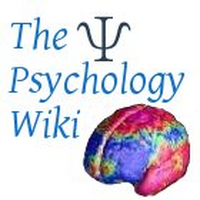 This is website under the table of contents ( moral or moral code) has many examples of the moral code ( took me 5 minutes or less to find it). This is I got originally included in the screenwriting biographical profile or character bone structure. The golden mean of christianity. Do unto others as you would do unto yourself. Look for where in the menu it says to click on morality or moral code. This is an interesting perspective and can create imo the world view of the character.

JBF said:
Instrument-rated pilots can fly both VFR and IFR. Commercial pilots can do it for money.

Pilots who can only fly VFR are just called pilots.
Click to expand...

Senior Member
I - usually - start the day with pants but I tend to lose them by the end of the night. I like to believe that I do some of my best work without pants but there are a handful of others whom would surely disagree. I am typically far more comfortable with my pants off but after I get them back on and look back on what I did without them, I'm always a little disappointed. That doesn't mean that nothing good is ever accomplished when I'm not wearing pants. I do tend to discover new things about myself and those around me and I'll even be so bold as to say that sometimes I do it for no other reason than it just feels good.

What I'm really saying is that as much as I enjoy just writing whatever comes to mind, I'm discovering that I am a far better storyteller when I plan out exactly what it is I want to accomplish and then rigorously follow that plan. That's not to say that I don't discover new things about my story or characters as I write or that the plan never changes. These things happen and I consider them wondrous and beneficial but like most situations in my life, if I want to venture forth with any measure of confidence, I have to go in with a solid plan that covers every possibility I can think of. In a weird way, I feel like this actually allows me to be more flexible when things go awry because although I wasn't prepared for that exact thing, I was prepared for something.

But there are times when I'm feeling blocked up. I just sit down and write every little thing that comes to mind from what I had for lunch that day to a fictional scene I've been mulling over. The end product typically resembles the ramblings of a madman but there are times when I can't let it all out so I have to force it, like a mental laxative. In a rare reread of one of these writing sessions, I found that I had ranted about my boss through the use of some colorful and unflattering vocabulary but that I had done so smack-dab in the middle of a scene where a duck and a dog were arguing about Pluto's status as a non-planet.

Anyways, that's enough out of me. It's getting late and I believe I've just written myself right out of my pants.
Last edited: Oct 25, 2021
L

Senior Member
We create "the plan" too. The ideas come in one sitting or come over time while we lay our heads on our pillows at night. The creative brain was working when it wrote out the outline (you can pants an outline even) or when it was imagining a scene without a keyboard in sight, and when we tried to remember that scene later. =)

Llyralen said:
We create "the plan" too. The ideas come in one sitting or come over time while we lay our heads on our pillows at night. The creative brain was working when it wrote out the outline (you can pants an outline even) or when it was imagining a scene without a keyboard in sight, and when we tried to remember that scene later. =)
Click to expand...

I'm going to go farther and say you pants an outline by definition.

And may I say ... of course I may ... you've had some outstanding comments tonight.
L

vranger said:
I'm going to go farther and say you pants an outline by definition.

And may I say ... of course I may ... you've had some outstanding comments tonight.
Click to expand...

Ahh thanks, Wranger, you awesome fountain of positive watchfulness. =)

Trying to apply digital logic in an analog world.