Walking After Midnight: The Vampire in Myth and Media 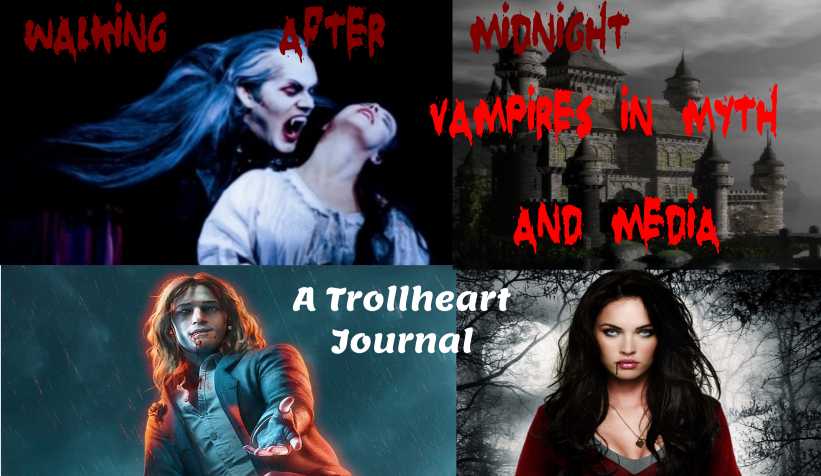 It’s a fact that we all like to be scared. Some more than others, and me less than most, but yeah, we all enjoy a good fright from time to time. BOO! See what I mean? Throughout our history, one figure has lurked in the darkness of our collective hearts, haunted our nightmares, fired our imagination and fed our curiosity. For many of us, our first encounter with the creature known as a vampire was through the writing of Bram Stoker, or perhaps through Hollywood’s later interpretation of his horror classic Dracula, but this was written just over a century ago, and itself was partially based on a person who existed, who lived four hundred years previous to that.

But in reality, the myth of the vampire dates back much, much farther than that. Most religions and beliefs have tales of creatures who stalk the night and drink the blood of the unwary, the innocent, the damned, and it could be said that the vampire is a manifestation, perhaps the physical form of the Devil himself, Satan, the Fallen Angel of Christian belief. Or any demon in any religion or faith. Without exception, the vampire is seen as evil, a dark creature luring its victims into its cold embrace, but its glamour is such that an entire industry has grown up around the myth. From books and then movies, television series and of course music, the vampire has been celebrated for hundreds of years, feared and loathed for hundreds more.

I’ve always been fascinated by vampires, and though of course they don’t exist (my master has told me to say that, and you will believe him for he is master) the tales told of them are so compelling, so absorbing, often so terrifying and real that sometimes it’s easy to believe that they do lurk there in the shadows, watching, waiting, patient, quiet, deadly. Vampires have infiltrated every corner of our lives, from the books we read to the movies we watch, the games we play and the music we listen to. In this journal I’ll be investigating the myth (yes, Master, I told them it was a myth, like you said) behind the vampire, and taking a close look at how this phenomenon has influenced us, making millions for some of us, and providing entertainment, terror and intrigue for the rest.

I’ll be looking at the books, from Rice to Meyer and Harris and of course Stoker; at movies such as the Dracula franchise, Hammer Horror and other, less conventional vampire movies such as Let the Right One In, TV series including of course Buffy, Angel, True Blood and The Vampire Diaries as well as lesser-known works such as Moonlight, Blood Ties and Forever Knight also more light-hearted fare - Duckula, Neighbors from Hell and the recent series spin-off from the movie What We Do In the Shadows. Wherever vampires figure in music, natch, we’ll be there, and I’ll look at games as well, like Vampire: the Masquerade and Castlevania.

But it won’t be all fiction. There are, believe it nor not, people out there who actually think they are vampires. There are others who pretend they are, and rather sadly but perhaps inevitably, (and tying in with my other journal, begun on this same day) there are records of serial killers who have performed vampire-like deeds while perpetrating their heinous crimes, particularly the so-called Vampire of Dusseldorf and Vampire of Sacramento, and of course the infamous Countess Bathory. I’ll be checking their stories out and trying to get inside their twisted minds: hope I can find my way out again.

So you know, if you feel like you need to keep the lights on, or whistle tunelessly to yourself or talk to your cat while reading this, I won’t hold it against you. Maybe you’re the type who scoffs at such notions (my master loves your kind!) and loudly proclaims there’s no such thing, but remember what Shakespeare wrote, and if there are more things in Heaven and Earth that are dreamed of in your philosophy, my friend, perhaps, just perhaps, there are more things in Hell you can’t even dream of too. 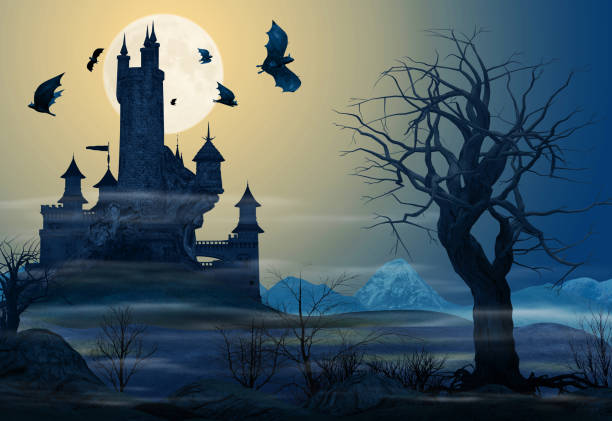