The fire-department drove past yesterday, heading up to one of the Cabineer’s near to us.
Mike reckon’s that they are having plenty of good tree’s cut back from their buildings to claim a $1500 bounty. Supposedly this is so there is less fire-risk but I consider it a city-origin scheme to get more tree’s down (fire prevention is the stated reason). Some type’s out there don’t like tree’s I guess and will dangle plenty of silver coins to get their way with folk who need the coin.
It’s a wonder such a scheme thing exists in MMM’s area which has plenty of moisture with the ‘rain-machine’ going on all the time.

A friendly chipmunk is making his presence known about the kitchen area.
I give him a few tit-bits like crackers and things to whet his appetite.

Where my Cabin Tent is a scurrying little mouse chewed a small hole in the bottom, right where the trash bag was. Even though all that was in there were empty wrappers the little spink still tried his luck and chewed a hole in that as well! 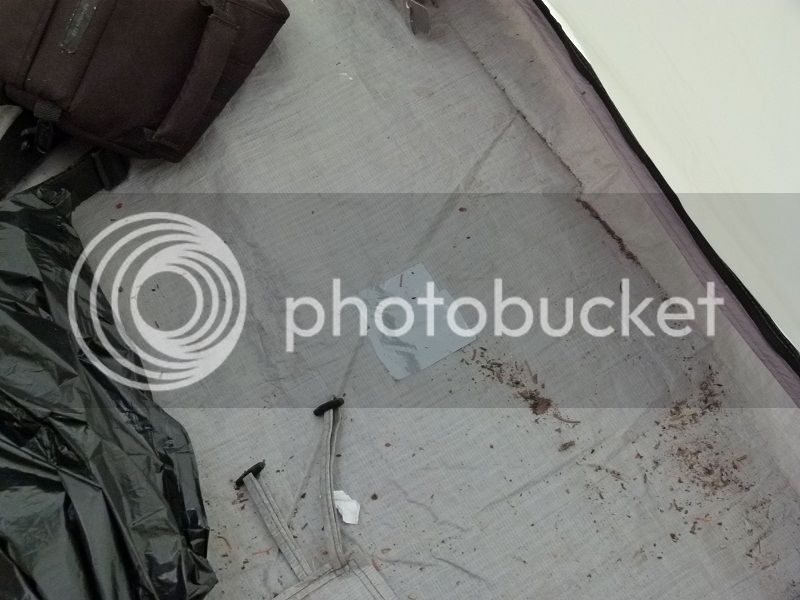