It rained through the night and the following morning the mountain was a different place in some ways.
The mosquito’s were subdued and docile along with the heat being way down.
Plenty of clouds and a few patches of sunlight here and there.
BnB, MMM and I tackled the rock once again in the morning.
After a few hours of that we separated onto separate projects.

An area of MMM’s collapsed shed complex was still intact and it looked a feasible area to repair and clear out for storage of gear.

After getting the nod from Mountain Mike I set about building a ramp assembly of logs and pallets to ascend up to an area. 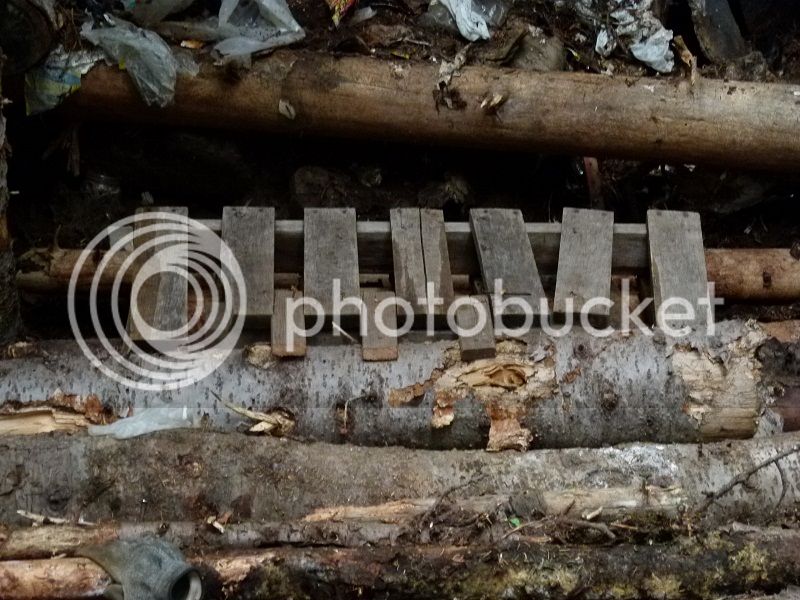 ​
It would need a door eventually but at least when the springs flowed in that area it would be above the waterline.


The Y2K Catche!​
An old stash of Mike’s had been in storage for over a decade and it had some pinto beans MMM wished to gift to BnB and Britzen.
Getting it out of the shed complex was a nightmare, at one point I nearly slide off the roof! With luck and scrambling I managed to get into a good position to film the antics of MMM accessing the 55 gallon steel drum.
It fell down next to my tent, fortunately it landed on it’s head and didn’t roll, otherwise my sleeping quarters would have been battered to oblivion!

Opening it up was a revelation, it had been sealed up in 1999 and for nearly 13 years had been in storage. Even the collapse of the roof had not affected it. 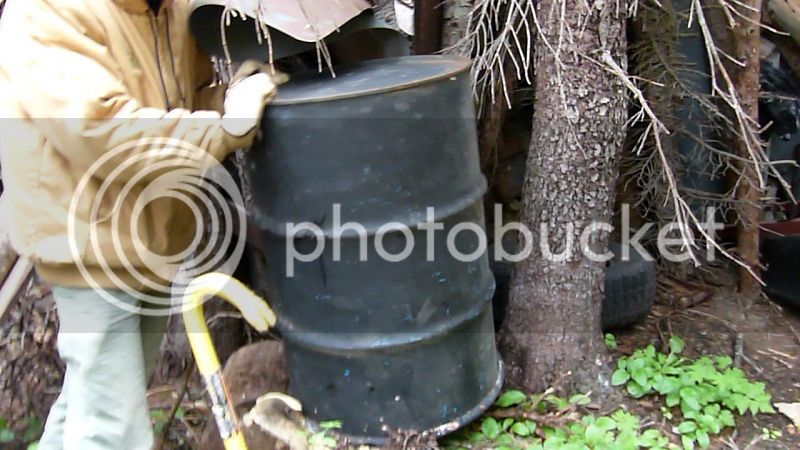 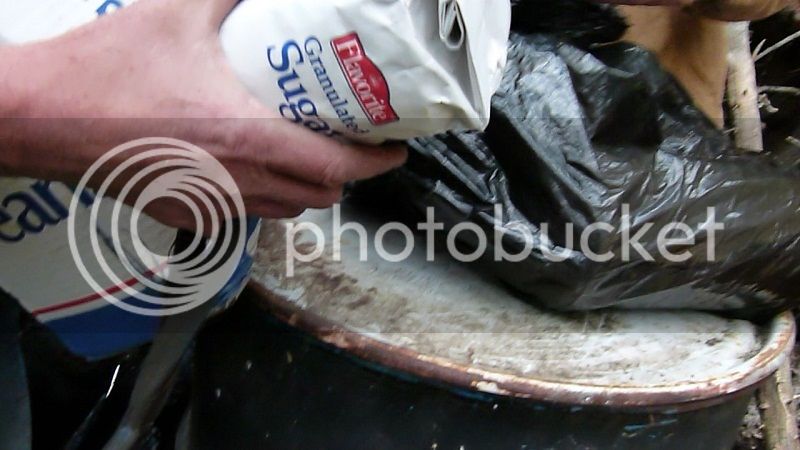