I’ve been world building on my dreamscape (the Annexlexcian Conturium) for the past eighteen years. All that I write relates to the multi-worlds that I created in the recesses of my philosophically distorted mind. It’s essentially a creation myth and apocalyptic adventure involving multiple worlds and storylines. I’m even a character in this massive opus of mine. I’m the shadow puppet to the Black Monk, Santo Nicola but that tale is for another time. In a nutshell what I write is not from me but Santo putting these thoughts in my head. It’s him, not me, who has me writing about the many beginnings and endings of this Multi-Universe of ours. I’m just his shadow puppet, a pale version of the Great Monk.

Fair warning---this journal will not be a linear one, I’ll jump from topic to topic, story to story, thought to idea, idea to thought.

If there is a Blank Monk then there must be a White One. He’s the antithesis of the Black One. Old Tobias is a deeply religious and ridged fellow, a little cocky, sanctimonious and opinionated. He’s written a few sermons on the nature of evil and other things according to his biased views. I’ll be sharing them from time to time. Here’s one on Sin-

Sin comes in all colors and shades. It has many faces and most of them are even quite beautiful. It can be a handsome man or a stunningly ravishing woman who seduces you to commit sinful acts that can mark your soul to damnation. It can be a beautiful work of art that captures your imagination and wakens a dark desire within you making you willing to do anything to possess it; stealing or even killing for it. No one is immune to its seductive and addictive ways, not me or even our Great Sorceress; Tessa Del Bellasuna commonly known as the Blue Dolphin. One must remain vigilant and alert to sins devious ways and never falter in the war that we wage against it.

Sin is all about thought, intent and action; a want, desire or need gone to extremes and acted upon. Let me give you a few scenarios: You see a girl walking down a street. You think she is desirable and imagine meeting her and getting to know her better. This is just an innocent imagining; no sin is involved here. But you now undress her in your mind and think about having sex with her. This is the beginning of intent but still just an idle thought and can be classified as a seed of sin. You now desire her and want to grab her in your arms and fulfill your needs but it is still just a thought and no action is yet intended. This is implied intention but no action. It is a sin but without acting upon it is not yet a major one. In these examples so far, the sinner had no real intent to act upon his desires. But now you stalk the girl, all your inner guards are stripped away; your thoughts have turned towards intent and you are now willing to act upon that intent. Although no action was done intention was in full bloom. This is a major sin but not yet a Black one. You now grab her pin her to the ground where you unleash your twisted desires upon her- you rape her. Your intent has gone to extremes and was acted upon. This is sin of the worst kind; a Prime Mortal Black Sin. Thought led to intent and intent led to extreme action. This is just one example of the myriad of sins that can control and take hold of us. Some are forgivable others are not. All sins are not the same but sin even the smallest needs to be addressed and chopped off at the roots. First let’s ask the questions and let’s see where the answers take us.

How many levels or degree of sins are there?

How many colors are in a rainbow? How many strands of hair are on your head? The number and different levels of sins to be found and classified are countless. Sins come in all shapes, colors sizes, small, minuscule, big, bigger, and gigantic.

Are all sins to be judged the same or can they be classified as Mortal of Venial Sins as some call them on certain Munidaen worlds?

In my Book of Sins, you will find a detailed list on all the sins and on how each is judged. I put them in color codes and use the Munidaen concept of Mortal and Venial Sin. For the sake of clarity and simplicity I classified Sin in Seven Codec’s or Degrees. This makes it easier for the masses to understand the severity of their sin in order for them to confess and be judged. Below you will find a simplified version of the Code;

Is that sinful thought really the beginning of intent therefore making that thought a sin in itself?
All thoughts of a sinful nature even that of a fleeting one; carries the seeds of intent. The mere thought alone is a sin unto itself.

When does that thought become intent and does that intent need to lead to action in order for it to be a high sin?

The thought becomes implied intent when it lingers on for over 1000 heartbeats. It becomes intent without action when the sinful thought is overcome with need and desire. Action does not need to be attained for it to be a high sin. It would attain to the rank of an orange sin only; being that no action was involved. If one lusts after another man or women’s wife or husband with deep conviction letting desire and need fog their mind with twisted urges then that is a High Sin with intent even though no action was taken.

Sin is all around us. We need to keep it at bay by prayer supplication and confession. When you sense a dark thought or are thinking of committing a sinful act; get down on your knees and pound your head on the ground. Confess your sins to the priests and priestesses of your temple and pay your daily tribute in order for your souls to be cleansed. Let the stain of sin be wiped away from our hearts. 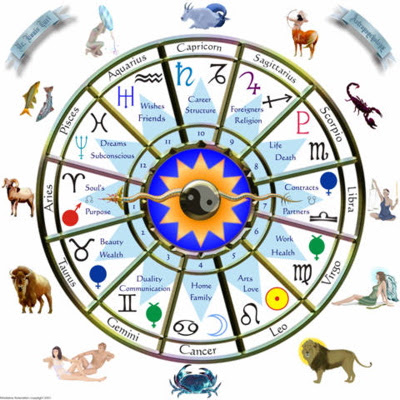