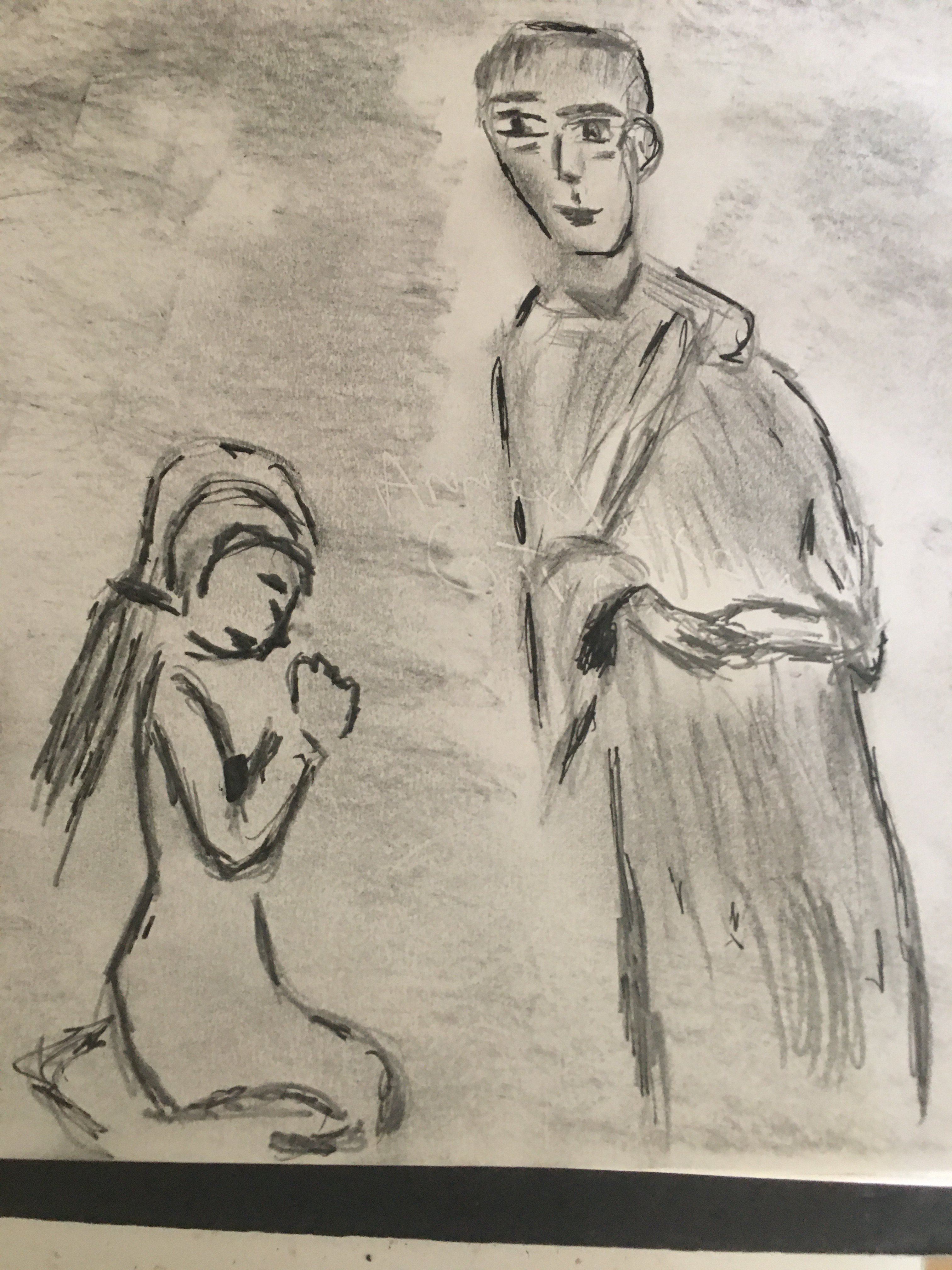 The Origin of Evil

We all know what and who are the faces of Evil; The Devil Mephistopheles and heR beastly creations Cain, Abel, Pyro, Jezebeth and the Great Beast iTselF, that hideous Spider Bitch Yukilamia. These twisted and vile monstrosities along with their beastie companions and sniveling slaves have inflicted their imprint of Evil on all of Humanity. They’ve infested all the Worlds with the taint of sin with the express purpose to blacken and weigh down our souls so that we forever remain on this dreamscape, to be locked in this plane of existence, never being able to ascend to Heaven where we can bask in the glow of righteousness’ and carve out our own destiny. But we must ask, and painfully so, who created Evil and how did it come to be?

To lessen the emotional pain that would inflict our hearts concerning the truth of Evil’s Origins we blindly attributed its roots to come from LuciFer’s Acolytes; Sateen, those unholy abominations Satan and Jesuriah, Pandora and the Queen of the Damned Herself, Lilith. Although they are our great adversaries and their passions and hedonistic ways are contrary to our way of living and considered sinful by our way of thinking; their intentions are not evil. They are just following their Nature and for them chaos, unbridled passions and constant spiritual upheavals are part of whom and what they are and are; not evil unto itself. As much as we would like to pin the mantle of Evilhood on LuciFer’s Jackals’ that mantle lies in the heart of our own home.

The progenitor of Evil is of course Mephistopheles. She is the primal cause, the foundational trunk and root of all the branches and leaves of Evil. But shE was not always so and was in fact a high-ranking Elemental and close confident to the Great Archangel Gabriella; now known as Lady Death. We must also remember that the Elementals were the most devoted and self-sacrificing of LuciFina’s Angels. They gave up their Angelic Form by imbuing their essence and spirits into the trees, oceans, woods, plants, birds’ bees’ animals and seas to the new dreamscape created for Adam and Lilith. It was said that shE was one of the most beautiful of all but willingly gave up her spiritual body for the love of LuciFina.

Mephistopheles was the chieftain of all the animal totems and forms. shE with the rest of the elementals watched over LuciFina's children and watched the story of Adam and Lilith unfold and turn into the ill-fated story of Adam and Eve. It was Mephistopheles who approached LuciFina with all of the Elemental’s concerns concerning the Spellitron that made Adam and Eve oblivious of everything around them but themselves. LuciFina told heR to let the story unfold unhampered but if heR heart told heR otherwise than to follow its urgings. shE gathered all the Elementals around the Tree of Life and proposed a plan to undo the Spellitron. sHe would tell Adam and Eve the truth about the agreement that they had with LuciFina and try to persuade them to undo the spellitron by pleading with LuciFina to rescind it. shE would use gentle persuasion and if they didn’t agree shE would let it be as it was and let the spellitron take its course.

shE imbued heR spirit and essence into heR favorite animal the snake and slithered up the Tree of Knowledge to wait for either Adam or Eve to appear. As shE was waiting a black miasma enveloped heR and oozed into heR snake body. As LuciFina possessed Eve’s body shE was now possessed by Death. But unlike Eve shE was completely aware of being a puppet on a string. heR words were being twisted by Death’s desire and shE was alarmed that heR actions were taken a dark turn and no longer would gentle persuasion be on the table. shE was horrified by the lies and deceit that was coming out of heR mouth. They were scandalous and seditious and their intent seemed somewhat malicious. shE was appalled and indignant and at the same time enthralled and exhilarated. For even though shE had no control of heR actions shE had to admit shE was having the most fun that shE had ever had in heR existence. shE would soon learn that it would come with a life altering price.

When Death released ITs grip from heR snakely body Mephistopheles wept at what shE had done. shE was ashamed that shE had enjoyed heR conversational dance with Adam and Eve even though shE had no control of heR actions. heR original plans of having Adam and Eve pleaded with LuciFina to undo their agreement and await Her decision rather than their unwitting act of disobedience due to heR demonic persuasion which ignited the cold seething anger of heR Domini; was not heR heartfelt intention. shE was sure that LuciFina would forgive heR for heR transgression once shE explained about Death’s interference.

As we are all so painfully aware; that was not to be so. As the lightning and thunder raged LuciFina reviled and condemned her to eternal torment rather than forgiving heR for heR unintentional deception. heR explanation only incensed heR to a greater level of anger. shE was afraid and that fear made heR lie to Her by saying it was not heR idea to get Adam and Eve back to remembrance. How could LuciFina berate hEr for hEr foolish lie when beforehand shE approached Her about heR concerns about Adam and Eve and She told heR to do what heR heart told heR to do. It didn’t make sense. shE was what LuciFina made heR and for LuciFina to not understand heR one lapse of total honesty due to heR fear of Her and Death and yet to forgive and still love Adam and Eve for their intentional disobedience; had a bad smell to it. In that moment shE realized shE was being used by LuciFina and Death as a scapegoat. Did shE not give up heR angelic body for Her and tame the wild beasts so that Earths Children can be save from their hunger? In that moment for the first time in her long existence shE felt the tinge of hate for heR creator and spit at the sky as shE was thrown into Death’s Domain. Soon that tinge of hate would turn in red hot rage and the purest hate, only second to Lucifer’s that the universe has ever known. LuciFer through endless suffering learned how to forgive while LuciFelicia never having suffered did not.

Mephistopheles is indeed the creator and progenitor of Evil but the root cause and whys of how Evil came to be lies not with LuciFer the Destroyer but with LuciFina the Bringer of Light.

High Priest and Judge Advocate
Of the Dolphineian Order

note: It was not Mephistopheles that came up with the plan but (Odessa) her second in command. In fact, she was against it saying no good would come of it. But Odessa and the contingent persuaded Mephistopheles to okay it and made her the messenger, the logic being that one who opposed the plan would be more careful. (a correction made by Santo Nicola)
Share:
Facebook Twitter Reddit Pinterest WhatsApp Email Share Link