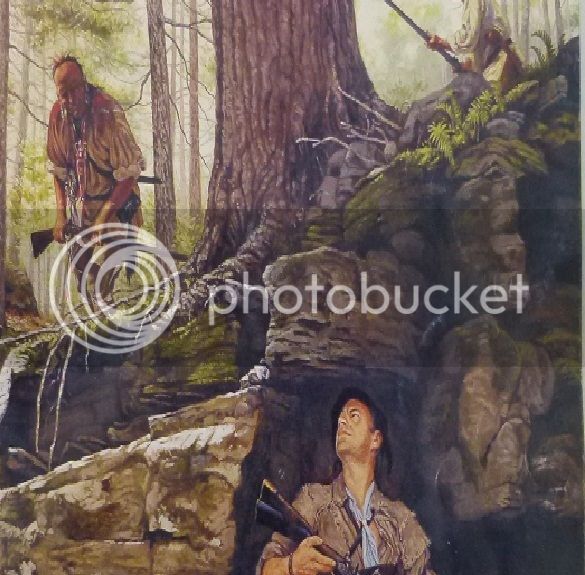 ​
A buxom blonde girl in period dress ‘greeted’ us both with something bordering on a scowl. At first I kind of reckoned this was a person not happy, but then again maybe some of the mountain women could be like that also. 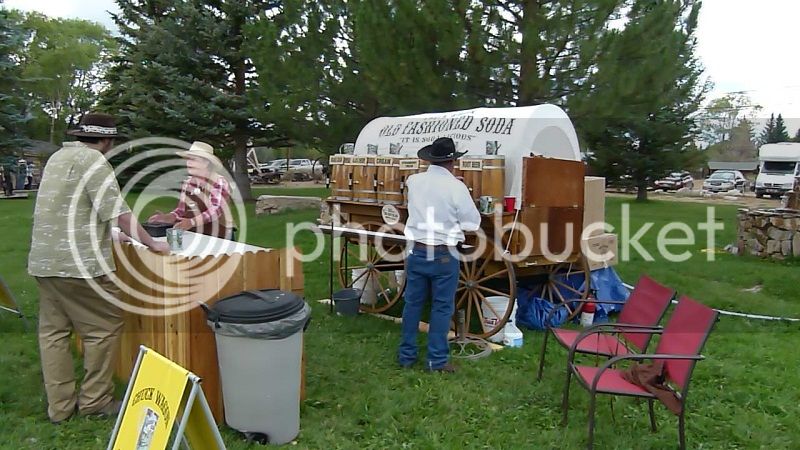 The first stand / tent we reached was that of ‘Roadkill’, a trapper who still ply’s his trade of fur-trading.
He described to me how to preserve furs, even telling me the secret ratio’s and methods you have to use for the process. I took out my notebook and jotted it down, he didn’t mind this as I guess as the knowledge must be passed on, one way or another.
Several item’s were for sale.
Feathers, furs, item’s bags (called ‘possibles’) and telescopes!

After asking the price for one that was about 15 power I snapped it up for $20. 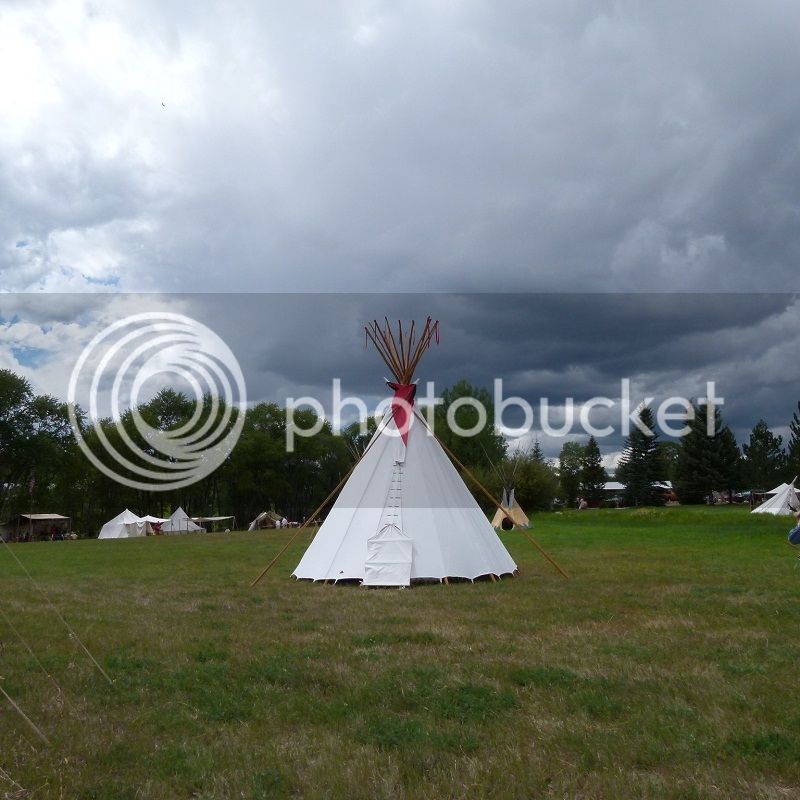 
The next mountain trader tent I enquired at was a somewhat Shylockian character called ‘Toad’.
He indeed had some impressive wares but you had to pay through the nose for them.
His telescopes were $50 for the same type and power as Roadkills! He had a big naval type for about $200, but the power wasn’t much beyond that of the smaller, pocket type.
Powder-horns were on sale too, from $12 up to $30.
He was also selling old-school percussion rifles and flintlocks!
I looked at several, the prices started around $399 and went up to $800+
The calibre’s began at .36 and went up to a mighty .50 cal. There was a Hawkin’s model one too. For those that have seen the Jeremiah Johnson film you’ll know the one I mean.
I knew to shop around for blackpowder weapons.
I arrived at a red-headed mountain-woman’s stall / tent. As old as they come but with a keen merchant way about her.
I noticed two percussion rifles that caught my eye.
A Thompson .50 (made in New Hampshire no less!), complete with 27 inch octagonal barrel. The other was an Italian Zuali (I’m typing that name as I heard it) .58 calibre. This beast had a rounded barrel but was quite short in comparison!
However the Thompson had a set-trigger while the Zuali did not.
Both were only $250 each.
As I walked away to get some food a mountain man-type came over and took a look at the Thompson.
Thinking that was that I returned later to find the Thompson was still there.
I took another look at it and started the bargaining off.
A strange thing happened when I did this. A young lad heard me haggling with merchant-woman and chirped up that the rifle used to be his fathers who’d sold it to the merchant.
He said it fired well and that he’d see if he could get a powder measure thrown in for nothing.
Off he went to the blackpowder range and soon skipped back with it!

A brass little thing with a sliding scale grain measure instrument on it! Paying for the weapon I then obtained some black-powder FFF grade from a nearby blacksmith-merchant.
When I asked him the price he asked me if I was a member of the associated black-powder rifle club.
I said I wasn’t.
Then a voice from the corner said.
‘Say yes you are.’ Looking to the corner I saw a slenderish figure.
It was the blacksmith’s ageing wife.
A true Wyomingite, she’d just finished a cigarette off and regarded me with a neutrally wary eye.
Piercing cobalt-blue Germanic eyes that seemed to belie the somewhat weathered face.
Not someone I’d want to tangle with.
‘Say yes you are.’
‘Yes I am.’ I part-parroted turning back to the smith.
‘Ok that’ll be $17.50’ Said the blacksmith as if a game had been played in which I’d won a discount. Perhap’s if they’d not liked the cut of me I’d not of had the discount? It certainly seemed the case from the bargain-maker in the corner.
I got talking to the pair though, as they seemed maverick’s amid independents. From Casper, a place reputed for it’s wary way’s to outsiders.
After some palaver I enquired about shot, powder-horn.
‘You’ll have to speak to Toad about that, but he’s pricey.’ Said the Cobalt woman.
With that I exited from the interesting tent and returned to do business with Shylock’s Toad!
I bough powder horn, patches and .50 lead shot from him.
On an impulse I also bought a fetching Fox-Fur Hat that keeps my head warm like an oven!

After watching the prowess at Black Powder Shooting MMM and I headed out of the area somewhat to eat some free food. It was being laid on by the village and we weren't about to turn it down. 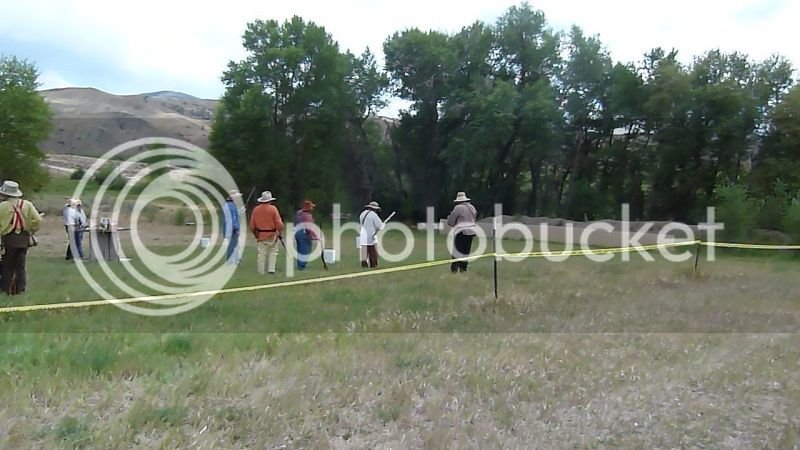 [video=youtube;To7NBOxae8E]https://www.youtube.com/watch?feature=player_embedded&amp;v=To7NBOxae8E[/video]
​
Moving into the area….
Tomahawk throwing was being practised in several areas. It doesn’t look that easy…


[video=youtube;AR6R_GzFvBQ]https://www.youtube.com/watch?feature=player_embedded&amp;v=AR6R_GzFvBQ[/video]
​
An old lady who worked in the village liquor store knew us from passing
She sat with us and talked, setting the world to rights and commenting on the liberalistic looking band etc.

Then it was time to head back to Mike's Gulch well after nightfall and nearing the midnight hour...