The Dreaded 'D' Word (week one) 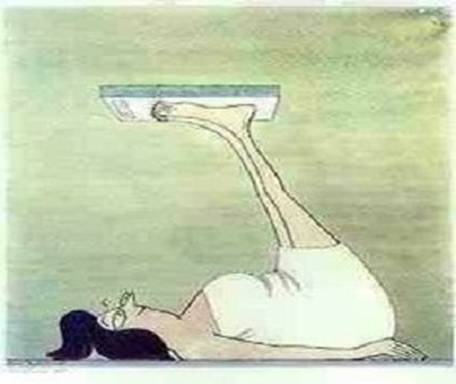 Following on from my post, Diet What Diet, I've finally quit wallowing in self pity and taken some action. Thanks to everyone for your encouraging comments and suggestions.

Despite having a hectic social weekend I started the dreaded 'D' word last Friday. Yep, I've finally removed my face from the trough and I'm on a semi-strict diet.

I'm trying a variation on the five-two diet. Basically, you eat sensibly for five days and only eat up to 500 calories for the other two. And, because I only have 500 calories to spend on food I can't drink any wine!

Has anyone else tried this?

I also think I am gluten intolerant soooo bread is most definitely off the menu as is pasta etc. So if anyone has some tried and tested GF recipes I'd love to hear from you, please.

As far as exercise is concerned I've unearthed my WiiFit, which I haven't used for two years. Hubby wouldn't let me buy a fitbit as I rarely used the Wii and he felt it was another gadget I wouldn't use. Anyway, the Wii it informed me I've gained nearly two stone since I last used it and I was obese. I have also committed to swim 30 lengths of the pool every day, or in the event I'm away walk at least 30 minutes.

Now I just need to find some toning exercises on YouTube to complement my Pilates class twice a week.

It's like riding a horse. When you slip, get right back on.
I'm running to find a stone to lbs converter. Good luck!!!
The horse is bucking right now, Hal.

One piece of advice I would give though, is that if you want a glass of wine once in awhile, have that glass! Don't deprive yourself of an occasional treat. Maybe once you start to feel more comfortable with everything, you can always try incorporating a treat day. My treat days are usually on sundays. So I still stick to my eating plan, but on that day I pick one thing that I don't necessarily count into my diet all the time and I simply enjoy it.