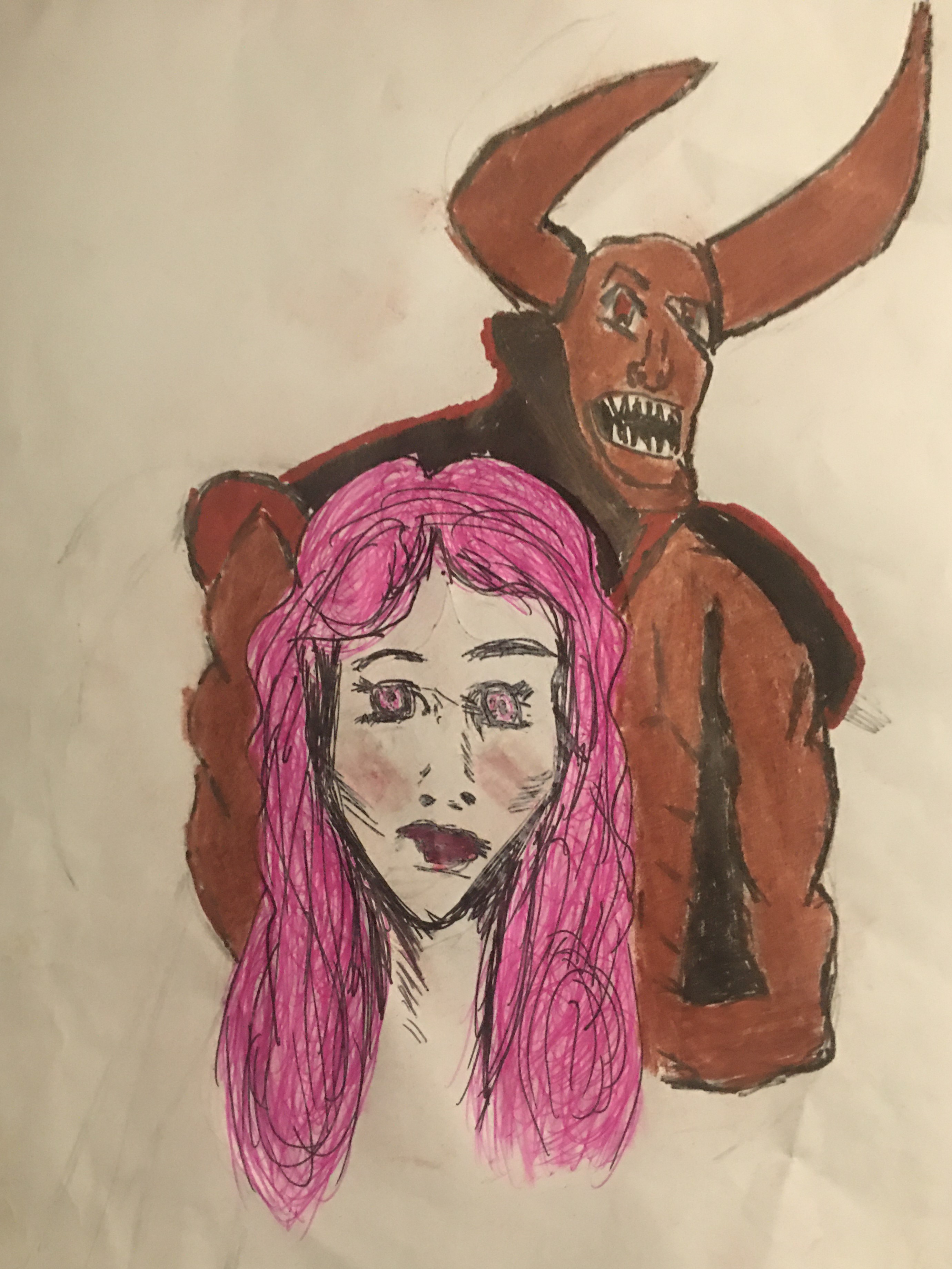 
Born to Joshua, (Son of Man and Heaven) and Sateen, (Daughter of Women and Hell), during the first Apocalypse, (commonly known as “Joshua’s Folly”). Due to the time fluctuations and distortions caused by Time’s Keeper (DiAthAnaTos) the Soul Twins in Sateen’s belly merged and coalesced into a single body while still sharing two distinct personalities, Male and Female. They had an ability to flicker into male or female at whim. They were born near full grown, (between a childlike and adolescence state). They were also unique among the PoWeRs in that they could dreamscape with one another whereby they became two instead of one. It was in this state that they made the seed that led to the birth of the Soul Twins (Santo Nicola and Alucia Delecourt).

They had quite distinct personalities; Satannas being more passionate, volatile, and combative (so like his MoTHeR) while Jesuriah more cerebral, headstrong, sensual, and at times rigid in thought and actions (a lot like her father and a little bit of Sateen, her MoTHeR).

They have a very complicated and combative relationship with each other---they love each other intensely but at times find themselves on opposite sides ---Satannas a champion of Hell, helpmate of EaRth, and enemy of Joshua and the stronger personality of the Uni-TwIns, while Jesuriah being more trusting and easier to manipulate of the two, is a Champion of the Canaanites, The Third Born, and of Heaven. She tries to reconcile with Joshua and forms a sort of Alliance with Him. For Joshua ShE is His ticket back to heaven which Satannas is all too aware of.

They were raised in Hell in their formative years and forever remained bonded with all the Denizens of Hell. They both worshipped their MoTHeR (Sateen) but had a very tenuous and strained relationship with their FaTHeR (Joshua). He still considered ThEm an abomination but had an affinity with the female Aspect of ShHeNa and tried to form a bond with Jesuriah by occasional visits to Hell and extending HeR invitations to visit His Desert Kingdom. As for the Male Aspect of ShHeNa; they both had an instant dislike (bordering on hate)) toward each other.

Many of the heated arguments and battles between the Uni-TwIns had to do with how Joshua fit into their lives. Jesuriah wanted a relationship that any daughter would want with a father while Satannas wanted Joshua to stay in his Desert Kingdom and rot. He never forgave Him for fleeing at their birth and calling them Abominations.

Like their MoTHeR Sateen the Uni-TwIns were shape shifters that could shift into any form that they chose. Satannas’s favorite form was like that of his MoTHeR the Wolf, while Jesuriah’s was that of a Horned Winged Horse, a form that ShE created and named Unicorn. They also had the ability to take over others dreams and create a dreamscape within the dream that they took hostage. The Uni-TwIns did not randomly flicker from male to female but each occupied their aspect for nine solar units, the remaining three units they dreamscaped with each other or invaded others dreams. They both were totally aware of each other’s thoughts and movements while in aspect phase but trusted each other enough to take the opportunity to rest while not in phase.

Satannas commonly known as Satan amongst the munidaen worlds is a Titan amongst Titans, a head larger then Hell’s denizens, muscular , handsome , with skin the reddest of reds and eyes the bluest of blue.

Jesuriah; commonly known as Jesu, or Jesse, amongst the munidaen worlds makes Heaven, Earth, and Hell, bow down to the glory of HeR beauty. With hair the mixture of red and white, eyes a bluest reddish fiendly fright, and skin the color of multi colored light, a pure heavenly, hellish and earthly delight.

Previous entry in series The End of Forever is Tomorrow