Return to the Rock

Today was the day of the rock! Mike started on digging around it at about 0600hrs, while I was in the land of fey dreams I awoke to noises of shovel on dirt and activity.
I joined him an hour or so later and I resumed the ordeal of come-along work. I had no luck and the morning ended with Mountain Mike losing his cool, in spectacular fashion, partly due to my ryder ideas clashing with his own mountain ones it must be said.
I heard a few seconds of distant clashing of metal on metal as MMM worked out his mountain rage. Better out than in I say.


​
This was did not set a bad vibe, as it’s a tough project, even with BnB’s assistance. If we are to build Mike’s Gulch there would be conflab’s like this.
The heat of the day crept in and Mike tackled the rock alone, like a determined automaton relentless in his mission.
In time’s like that I could tell it was time to let MMM attack the rock single-handed and he did.

Later that afternoon we all tackled the rock once more! 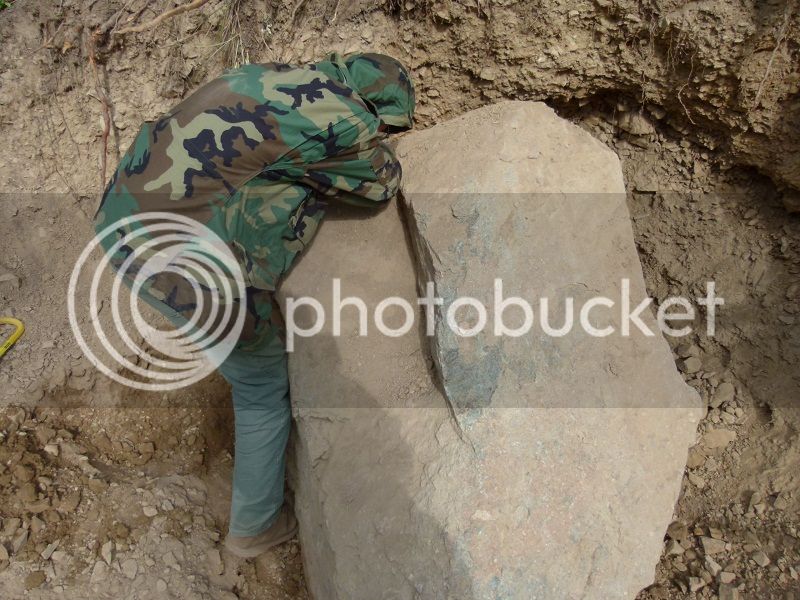