​
On the day of their arrival Mike had, with Survivalist Humour, mentioned a comedy moment in a Robin William’s movie where he pushes a tree down in front of an approaching vehicle to cause it to brake.
He suggested we do the same to Britzen and BnB as a big prank partly in homage and also partly with Survivalist Humour in mind!
I readily agreed to the bold move.
Although at the back of my mind I knew a smashed in vehicle, injured occupants and murderous intentions toward us could be on the cards, should it go terribly wrong!!
As added spice Mike suggested I hide in the tree’s, ready to spring out and surprise the started pair in full camo and armed with an AR-clone rifle!
My mind worked through the feasibility of doing it, together with filming it at the same time!
The hour approached and we set up the gambit!
Mike had the dead, upright tree set up on the old logging road that runs above and to the left of the main approach road. When it fell, it would not quite fall onto the road, but would tumble and possibly slide down. It was a tall tree too, at least 30 feet high and just big enough for Mike to manhandle. I at first suggested he move it right to the edge and free of the upper branches of the tree it was leaning against.
Then seeing how awkward and cumbersome it was to get near the edge without dropping it prematurely I changed my mind, saying his way was best (which even afterwards I think was).

After changing positions twice in order to get the best angle of both the vehicle approaching and the falling tree I waited on the lower approach road…
I wasn’t going to step out until the tree fell, out of the risk of being run over.
I was also well aware of the fact that either Britzen or BnB could well be armed so would of course play it only casually serious for prankster value. I’d not aim the rifle I had slung at them, but would instead pretend to be doing a vehicle checkpoint and demand papers or something to that effect etc.
The AR I had was unloaded and if either of the startled survivalists drew shooting iron’s I’d dive deep back into the foliage I’d appear from.

Happy with my plan I waited in the leafy shadows of approaching evening.

Well before long Mike called down that he could see their vehicle approaching and I started rolling the camera. Surely this would cause a cool buzz on fickle youtube??

Mike pushed and twisted the tree.

Nothing.
He pushed and heaved and PUSHED again yet it would not fall!
The damned thing was tangled up against the tree it was leaning on.
By now the window of opportunity had passed and and SUV rumbled past unawares of the fuss that was going on.
“Mike you blew it!” I called out in despair.

A mountain bellow from him rang back and I was glad to be out of tree range as make emphasised how stuck it was.
By now the SUV had gone slightly past the fyord and I waved my arm’s and attracted their attention.
I still found it funny though, although the prank had failed, there was still a comedy of error’s factor to the whole thing.
I shook hands first with BnB and told him of what he’d missed and he laughed, saying (joking I hope) maybe it was for the best as his Glock 31 was in the glovebox!!

BnB’s A tall bearish kinda guy with a friendly demeanour but with a way that told you he’d only be pushed so far!

Then out came Britzen.
Finnish, formidable and finally at the Mountain Hold!
Dressed in shorts (good god the mosquito’s will have a field day!) she certain dressed casual for the mountain realms yet seemed to be less bothered than most when it came to the mosquito onslaught…

Mike had had dozen’s of people who said they would come to his realm, yet I was the third and now numbers five and six were here!
A seventh was their friendly black dog Absinthe who was surely a pooch none could fault. 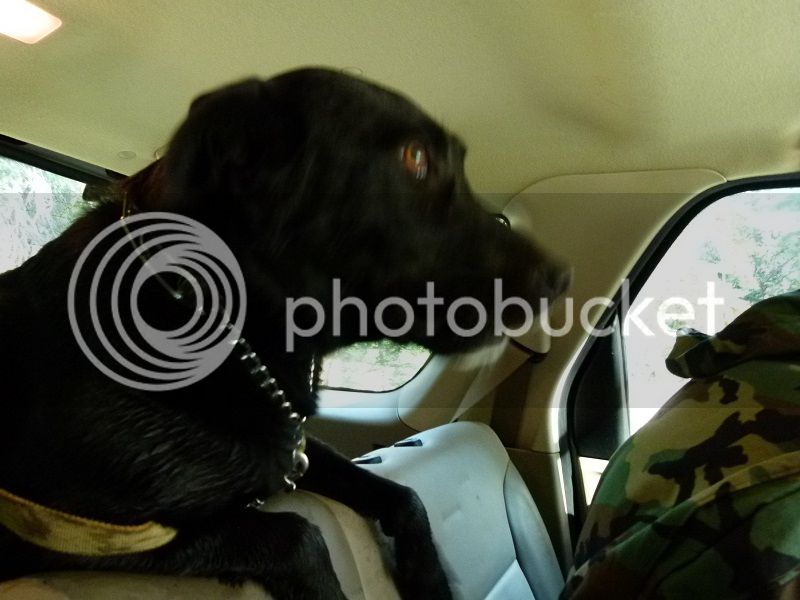 They brought all sorts of stuff with them, cooking pots called dutch oven’s (there are two types), a solar oven, fresh vegetables from their own land and other rustic foods.
There’s no doubt in my mind that these two are the masters of food supply! They must surely have settlement level’s of food at their fingertip’s over in Idaho!
Share:
Facebook Twitter Reddit Pinterest WhatsApp Email Share Link