Once Upon a Whale 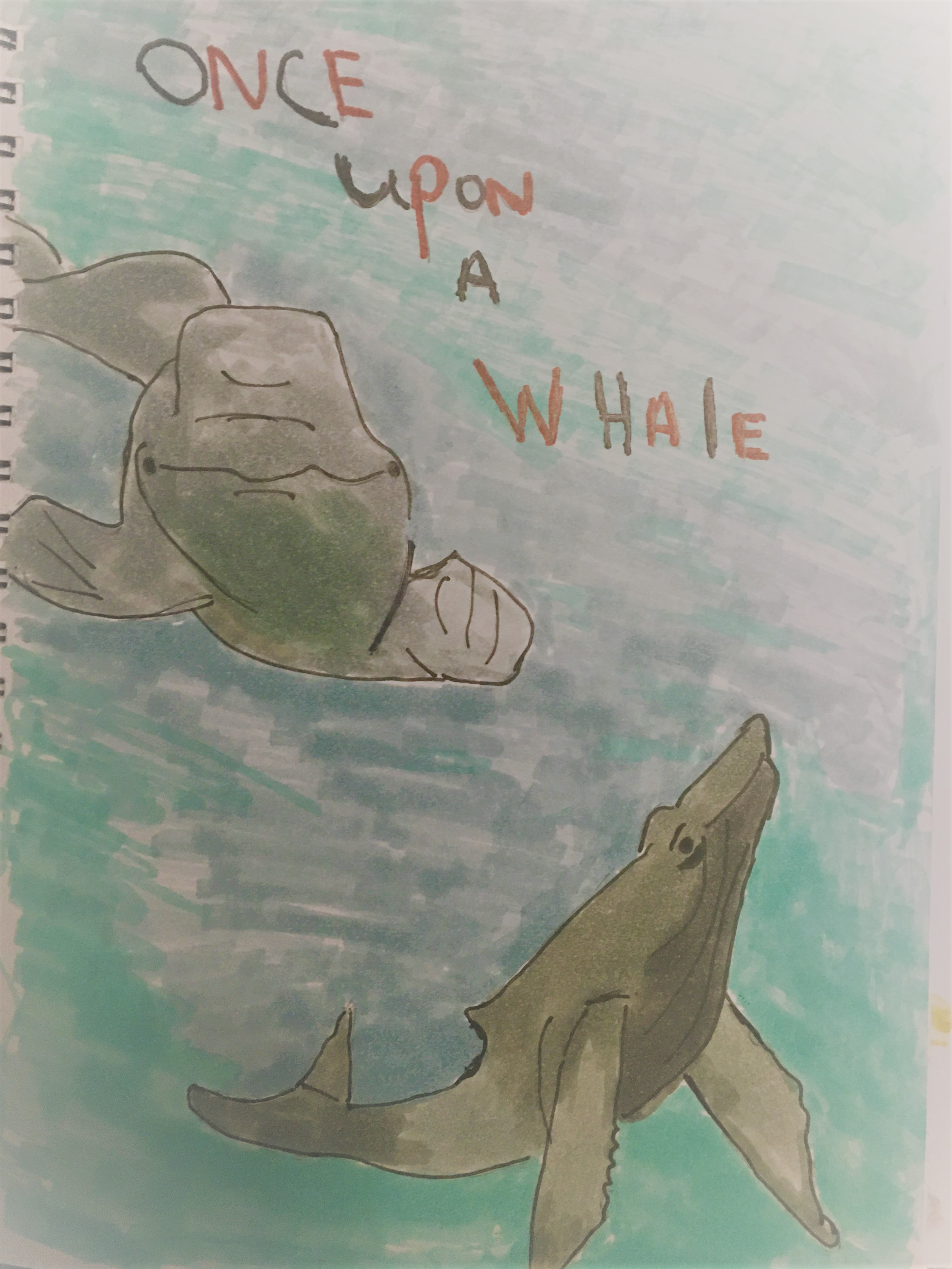 Once Upon a Whale

While vacationing in Antarctica I happened upon a pod
of humpback whales. What a sight to behold---they were
flapping and flipping, jumping ,diving and jiving. I laughed
in delight at the aerial acrobatics and the playful bantering
between them. I knew this pack well as I used to hang with
their great, great, grandparents Zazra and Zulee in my
younger days…

They greeted me warmly and invited me to stay awhile and
play and sing along beside them. I told them stories of their
ancestors and of the greatest song ever sung~~

I began with the old refrain…

Once upon a time long, long ago, when this great land and its
seas was not yet touched by the genocidal hands of Man,’ two
humpback whales from different packs across the seas fell in love.
But the Greenlander packs Matriarch, Zeezoo, forbad Zulee to form
a union with Zazra of the Arctica Group Pod-

‘we would hardly ever see you again as our breeding seasons are
on opposite cycles~ we spend our summers here in the greenlands
while Zazra’s pack spends theirs in the Arcticfrost. you need to find
a mate within our pod groups---we would be the weaker without you~~’

Zulee was heartbroken and although she loved Zazra with all her being
she would not-could not- go against the wishes of her beloved
Matriarch. She broke the news to Zazra---they both wept…

As Zulee was about to depart from her lover forever--- Zazra
started to sing. He started to sing the song he was going to sing for
her in their mating ritual--- but that was not to be. He changed the tone
and melody and now it became a song of grief, longing, heartbreak
and farewell. His song was heard and resonated throughout all the
seas and all the creatures of the ocean and those attuned to the sea,
like me, wept along with Zulee.

I was so moved by his aching melody that I took up my fiddle and
supplied the harmony. The seas buckled, the lands rumbled, and the
sky flooded the seas with its tears. Zeezoo, the Matriarch of the
Greenlander packs, was so moved by Zazra’s song that she rescinded
her command against Zulee and Zazra’s union. In a voice tinged with
sadness she said,

'your song has moved the Fiddler himself to tears. never has He lent
his music to a Song not of His own making. your song will live in our
hearts for generations to come. go to the Arcticfrost and have many
calf’s. you are both destined for greatness…'

As I ended my tale I saw that a few of the young ones nodded off to
sleep. I took a deep breath, smiled and dived to the bottom of the ocean
where I laid my head on a bed of sand and watched a school of fish
swim by….

Next entry in series Once Upon a Kangaroo

Previous entry in series Once Upon a Rhinoceros