Once Upon a Rhinoceros 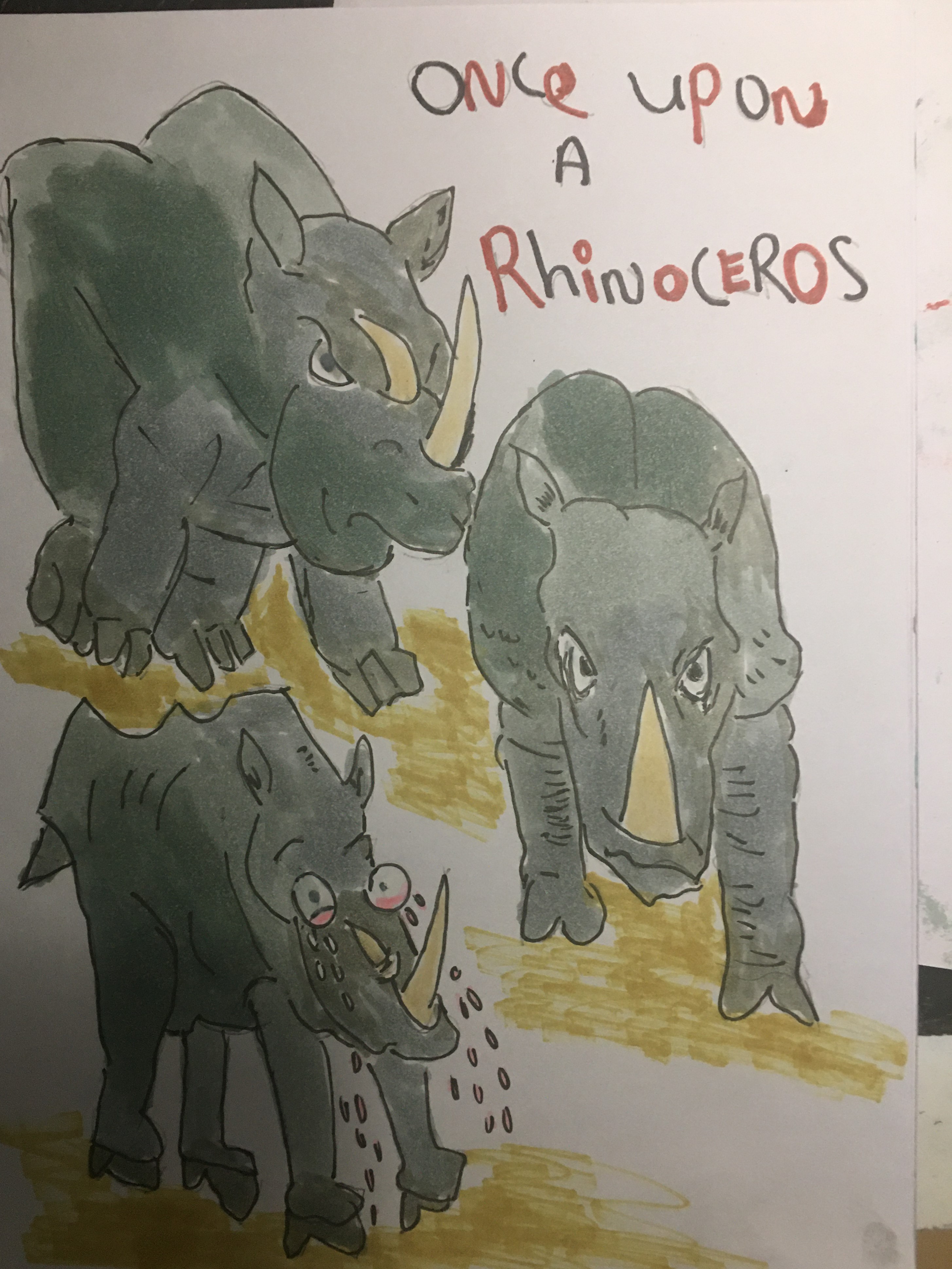 Once upon a Rhinoceros

While visiting my favorite watering hole
I stumbled upon an old friend, the once great
and mighty rhinoceros, Rhino Bob.

He didn’t look in the best of shape and
his health seemed to be in a bit of a decline.
His eyes were filmy and he had a few broken
teeth. His horns were worn to the bone
and brittle to the touch~

To put it mildly… he
was a pitiful site to behold---

I said, “Bob, what the hell happened to you. When
last I saw you, you were the meanest, strongest, and
most feared rhinoceros on the planet. You’re now a
shadow of what you once were--- and a pale one at that.”

Bob looked at me and sighed~
shook his head wildly a few dozen times
stomped his feet, blew steam out of his nose-
and in the hoarse and guttural tones of a rhino said~~~

“I had an affair with the most beautiful hippopotamus
this side of the equator. As you can guess both of our
families were none too happy about it. Her family buried
her in six feet of mud and let the sharks pick away at her
fat---while mine banished me to the desert~
where the sun burned the mean out of me-
and withered and gnawed away at my skin and bones.”

A tear fell out of the corner of my eye-

He snorted his thanks-
jumped into the watering hole
and buried himself in the mud
next to his beloved.

Next entry in series Once Upon a Whale

Previous entry in series Once Upon a Horse


my warmest
bob
Amazing stuff rcallaci, truly amazing.
Maestro... for me this poem has a very clear message.. Bob the rino was grieving for his lost love [evident In his physical condition] the writer polished Bob's horn, cleaned him up, removed all visible signs of his broken heart.. But changed nothing on the inside of Bob...his heart was still broken...but now hidden.. his actions proved this, because he returned to the mud, to stay with his lost love...Which just proves that outward appearance can be deceiving ...Anyway, I love this... Write on Maestro... Thank you...
always enjoy your animal magic....