Once Upon a Dragon 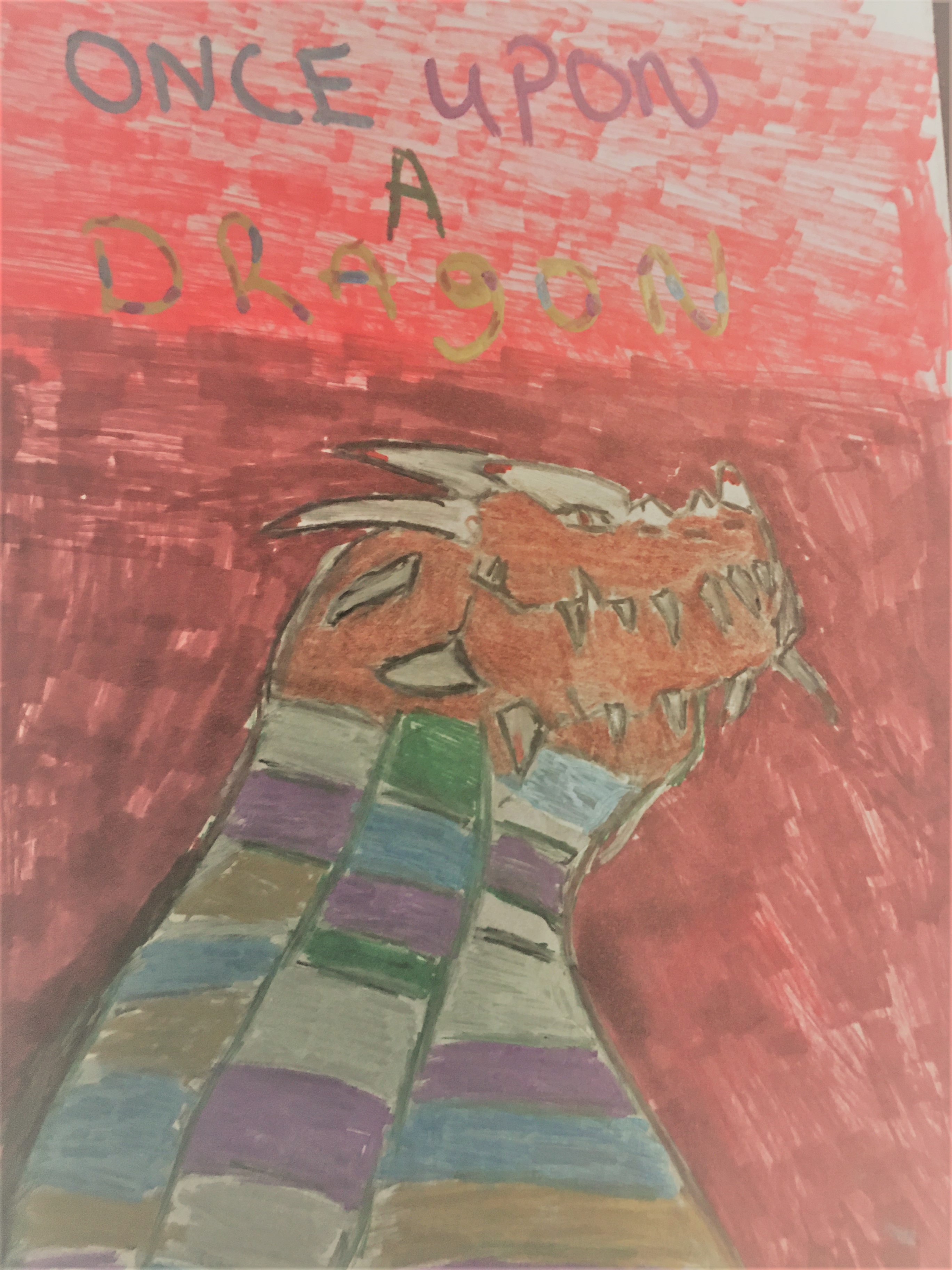 Once Upon a Dragon

Once upon a time: in a land far, far, away, their lived, dragons. Not little lizard like dragons you find running around on the beach, mind you, but big fire breathing, man eating dragons.

Oh yes, they can also fly, flipping and flapping their wings up, up, up, in the morning sky. As they wing along they spot their prey, and like kamikaze pilots they take aim and dive--- they go in for the kill, swiftly swooping up lazy sheep, foolish man things, and all the other goodies they like to eat. It’s really quite terrifying and somewhat chilling to see, how they feast and hunt upon the likes of you and um, oh damn, how can I delicately say this without offending the gentle-hearted who believe that Dragons are Satan’s spawn , I got it! They even hunted and preyed upon fearsome Faustian beasts that are closely related to me.

Oh! There be dragons, hiding in the woods amongst the bushes and trees, swimming in the oceans and under the seas, perched on mountain cliffs ready to pounce, and roaming the skies with a wary eye searching for those who dare to seek and steal their treasures.

Oh, did I forget to mention that they were great hoarders of gold, diamonds, rubies, green, white, blue and multi-colored gems of all weights and sizes, trinkets, necklaces, tiaras and anything they considered of value. They coveted and lusted over these minerals and man-made things.

In the great dragon caves is where their treasures were to be found. They were guarded night and day by the chieftains of the dragon clans. Each Clan tried to outdo the other, whose horde was the biggest, who had the most gold and silver coin, whose diamonds were bigger, which gems were brighter, whose man-made weapons were sharper and deadlier... Well I hope you, who are hearing or reading my words, get to the drift of things. It now was all about whose treasure was the biggest and the best.

Well as you can imagine, angry words were said, small feuds starting to flare up, clan stood against clan and before you know it, the great Dragon Wars had begun.

At first it was between the Clans. The Green Dragons fought the Blue and the Red had fights with the White. A truce was made between the Red Dragons and the Green. The Greens beat and annihilated the Blues as the Reds did the same to the White, and claimed the caves as their own. But as you can well guess this was not enough. Each eyed the other’s caves with envy, so the Red Dragons betrayed the truce that they made, and decimated and destroyed the Green. Now only the Red dragons roamed the land.

Well what can I say, lust begets greed, and greed begets fanatical obsession. Each member of the clan wanted a cave full of treasure, all their own. Brother turned against sister, father against daughter, and mother against son. The Dragon Armageddon was at hand. Friend turned on friend; kin killed kin, till only a few remained.

Those that survived were the vilest, most vicious, greed and lust driven of the lot. They betrayed family, friends, and Clan for a few trinkets, jewels’, coin, and shiny rocks. They guarded their caves with zeal and slew all who dared to enter, even those they had occasion to mate with. They slept on top of their treasure and dreamed about acquiring more. Their souls turned the blackest of blacks and any memories of love and music that once touched their hearts was forever silenced.

So when you see a Dragon, and believe me there is still a few around, don’t be a fool and try to make friends with it, for it will rip your heart out. It only sees you and all livings things as either food, or as someone trying to steal its treasure.

Even I, the Fiddler, who fiddles with your souls, and sends you on that road to perdition, loathe the Dragons. They’re heartless creatures; they fear no one, not even the devil, and that’s bad for business...

Next entry in series Through the Eyes of a Mouse

Thanks for sharing this! It was a fun read. I feel like a dragon.