On the second day of getting to the land I was reminded of how things can turn if you aren’t careful.
While I was working on getting some water plumbed in from the nearby spring to my tent Mike took a stumble about a hundred yards away and sliced his hand open.

It’s easy to do if you lose concentration to take a stumble.
Part of the reason was he was concerned about the Oregon Kid and trying to keep an eye on him. This is understandable as if anything happens to him Mike could take heat due to his young age.
Anyway I’m just finishing up the hose system while Mike is before me obviously embarrassed his hand is a bloody mess.
I could tell Mike didn’t want to make a big deal about it to the Oregon Kid either.
With his hand bleeding from a one inch or so cut I could see it wasn’t pumping and seemed to partly gashed in two places.
I grabbed my trusty EDC and pulled out my first aid kit. Just before I could begin Mike asked if I could film it! My camera was at my side and I obliged. 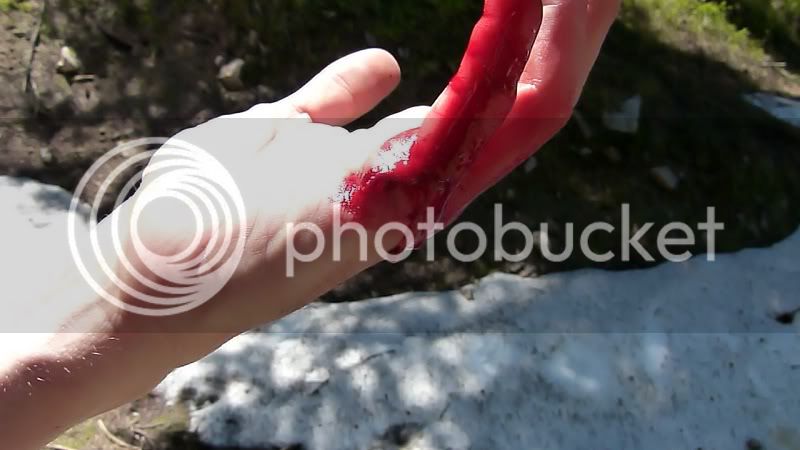 ​
The wound looked like a clean cut, no dirt or debris in the wound.

I made up three narrow butterfly stitches using zinc-oxide tape and the tiny scissors from my EDC, prior to putting the B. stitches on I put some antiseptic cream on the cut.
Mike hardly even flinched when I put them on!
That’s Mountain Man levels of pain threshold!
It should be noted that Butterfly stitches are not *true* sutures or stitches, but are ok for light to medium cuts. Mike’s I would reckon was at least a medium cut possibly more!
I also believe that they leave a ‘cleaner’ scar than invasive stitches…

After I’d done that I put a large band-aid over the stitches. 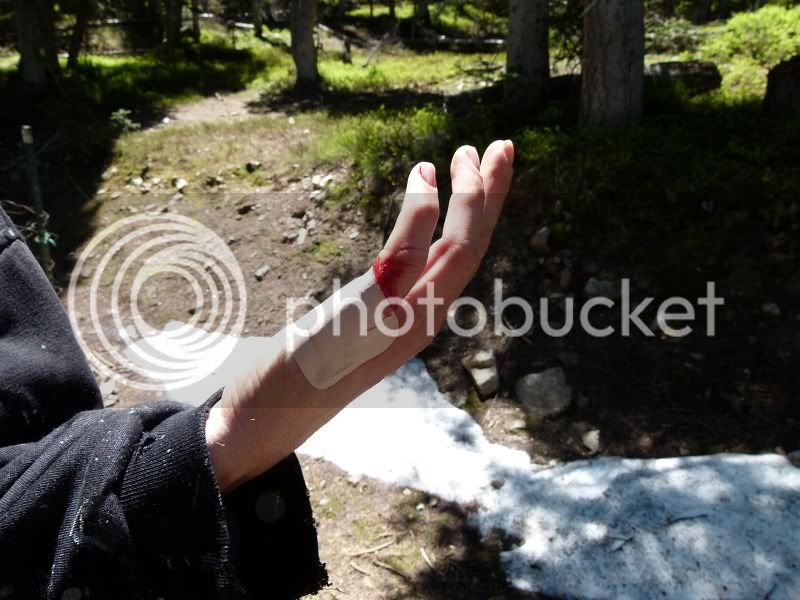 ​
Despite the clean cut I advised MMM that a clinic or hospital might be a good idea for antibiotics and a second-opinion as to whether needle and thread sutures would be needed.
I was 50/50 in my heart on whether wounds of beyond 1 inch long and deep looking required more than what I’d performed.
Although I’ve been patched up myself a few times and know basic first aid. I’m not a paramedic and would be ****ed off if he ended up with a septic wound etc.
MMM said he’d see how he’d get on as the days progressed and, in the spirit of the libertarian way I wasn’t going to object to the Mountain Man trusting his rugged immune system.
​
2 days after injury
​ 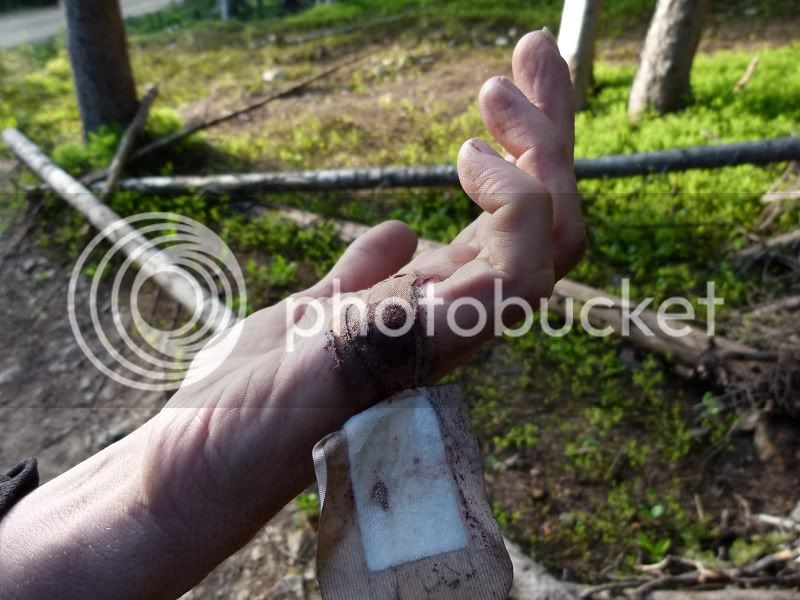 Mike insisted on keeping the stitches in for 4 days or so, stating that constantly changing dressings can make the wound worse. MMM mentioned the Vietnam War as a reference and I wasn’t going to argue in either case.
A part of me did fear the wound might develop an infection after being bound up for that long.
No smell of it ‘going-off’ over the following days.
Then it became time 4 days later for MMM to remove my handywork….
​ 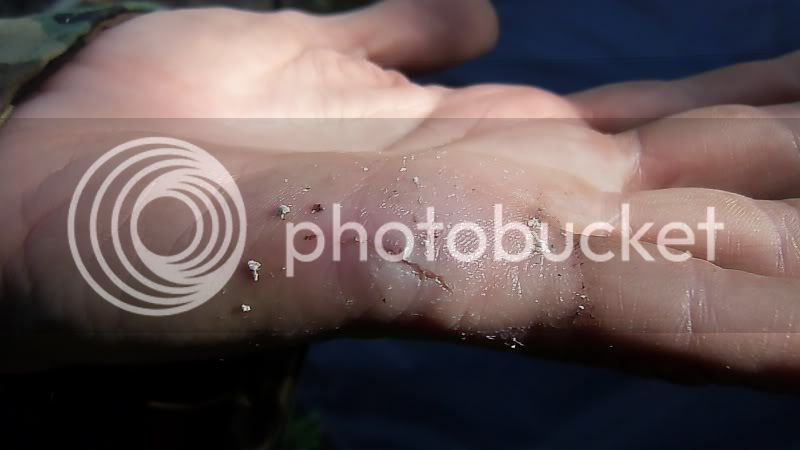 ​
Looking good.
MMM did state it felt a bit numb at first, along with it being slightly paler but that’s normal when a wound is bound up without getting full blood flow.

No infection and the cut seem’s to be mending well!
He didn’t have any pain from it and his healing rate is impressive.

So there you have it folks, MMM take’ them knocks and keep’s on truckin’
I'm a lot younger than he is and reckon I'd of ended up with AT LEAST a longer healing period. I think mountain living does make you a healthier person, all the time MMM's been up here has given his healing metabolism a boost for sure.

Here is the video of the beginning to end saga of the hand injury! It’s quite graphic but nothing rough and tumble folks would flinch at.