How happy is your story? 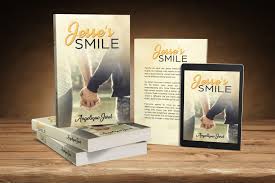 We've been having a raging debate in the Tips and Tricks Forum about "Smiles in Writing". It started as complaint by Foxee about an author who wrote a weird scene about a character smiling a lot where it didn't seem to fit. Foxee's post and a few which followed were tongue in cheek, but of course it could not stay that way. It soon got serious:
https://www.writingforums.com/threads/191913-Fixing-the-grinning-bobblehead-character

Time to put some numbers and trends to this discussion. I sampled the novels below, from a variety of authors and genres. I only found one novel, HP Lovecraft's Mountains of Madness which had no smiling. Imagine that! (LOL) I did not include it in my stats. I most often picked novels from later in an author's career, to make sure I was getting their 'mature effort'.

These are all good writers, successful, well regarded, most with numerous titles published. So we can dispense with the notion there is anything wrong with writing a smile under normal circumstances. The smile totals are probably a bit low, because I only checked for 'smiling' in a few books.

What does all this mean? Don't get hung up on trivial notions. Just write things that read well and tell a good story.

What about grins though?

bdcharles;bt15716 said:
What about grins though?
Click to expand...

So now you've made me dig into my database of word usage in the English language, which I could have saved some effort by doing in the first place. [notice the smile]

However, if you combine all forms of "Smile" (Smile, Smiled, smiling, smiles), including noun and verb usage, they occur 1.8 times per 1000 words.

"Grin" occurs .12 times per 1000 words, and in all its forms (grin, grinned, grinning, grins), including noun and verb usage, they occur .34 times per 1000 words. The only form Brits use more often than Americans is "grinned", which may sadly indicate that Brits were more jolly in the past. ;-)

Of interest, authors used "Smile" much more often in the 1800s, but they hardly ever grinned.