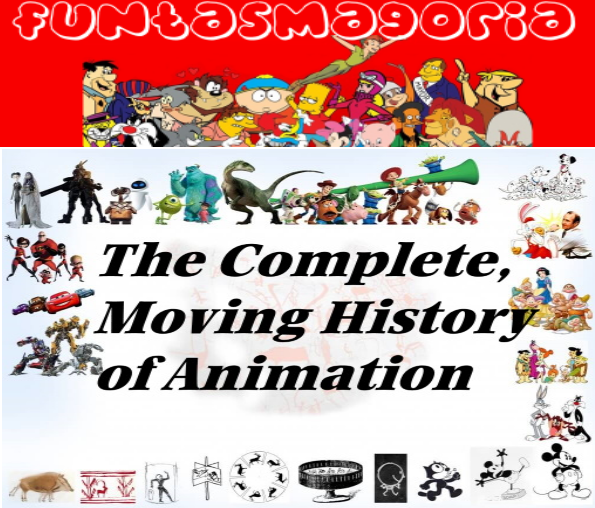 A few years ago, I tried to get something going on the music forum I frequented which I called “Cartoon Survivor”. Basically, this was to have been a chance for people to look at a list of cartoons and vote off the ones they didn’t like, to eventually allow us to arrive at the forum’s favourite cartoon show. As this received less than rapturous support I shelved it, festered and sulked like Gollum for some time, but realised that one thing that had become very apparent as I tried, unsuccessfully, to get together a relatively definitive list of cartoon shows, was how very little I knew of cartoons. Given that I am approaching sixty with the kind of speed that means I definitely can’t swerve if a big truck comes over that hill in front of me, that’s probably not really too surprising. There are shows on TV now - and were, as far back as the 1990s - that I have never heard of.

So I decided it might be a good idea instead to start researching the history of cartoons. This, too, soon became a larger and more complicated project than I had anticipated, as I had originally intended to concentrate only on TV cartoons, but quickly came to realise that, for any self-respecting history of cartoons to work, it had to include film too, and in fact my project became less the history of cartoons and metamorphosed and extended into the history of animation. I was, to be honest, gobsmacked by how far back animation goes, almost with its own prehistory, never mind history. Girding my loins (always a good thing to do, for who wants to go out with ungirded loins after all?) I began reading, getting several books on the subject, watching programmes and of course turning to my friendly Wiki page.

As someone who more or less believed animation began with a certain Mr. Disney I've been roundly disabused of this opinion through my research, and have come to see that there was so much more there before he even came on the scene. There's so much to go into, so Insofar as I can, I'll be following a timeline, and trying to avoid the trap of just featuring American cartoons. I know they led the field for a long time – even started the whole craze properly – but I do recall watching some weird and trippy cartoons as a kid from the likes of Poland and what was then known as Czechoslovakia, as well as other countries, and I'll be doing my best to track those down.


So now I present to you my attempt at the history of animation, covering approximately three hundred years, if you can believe it, from the very first pencil drawings that moved due to photographic trickery right up to the latest Pixar computer-generated marvels. The only caveat I make is that I will not be looking at print media - comics, newspapers, graphic novels, none of that - as animation must, by its very nature, be seen to move (even if it doesn’t really, it must create the illusion of movement) and they don’t. The only exception here is when something began as a comic or newspaper strip - Popeye, Betty Boop, Peanuts, Felix etc - and then made the leap to the screen, large and/or small. In that case the original will be referenced, but only in passing. Comments and debate are as ever very welcome.