Food for the Crows: The Whole Bloody History of Human Conflict 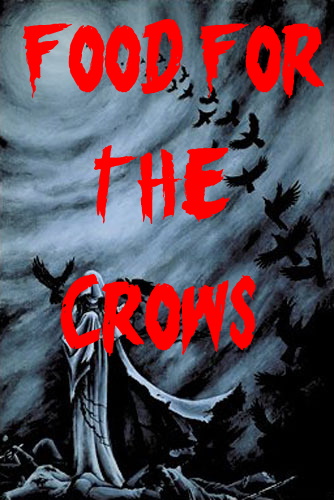 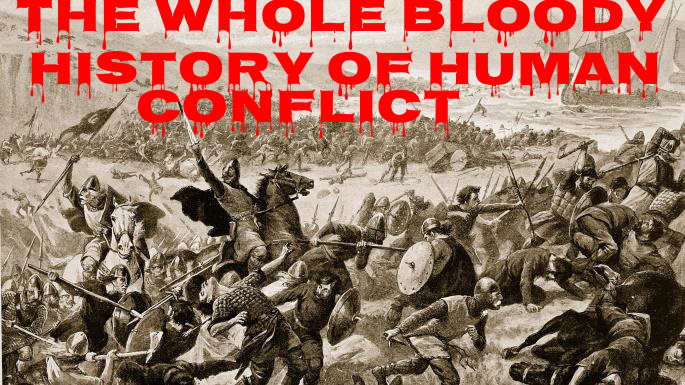 Whether it’s Hitler jack-booting his way across Europe, Genghis Khan sweeping down from the Mongolian Steppes or the invasion of Iraq, or even just that guy eyeing your girlfriend and having had one pint too many, humans have always been up for a fight. Why? At heart, though we like to pretend otherwise, we’re just animals, with instincts honed over thousands of years of trying to not only survive, but rise to be the dominant life-form on this planet, and one of those instincts is the need for combat. Whether to protect our loved ones, our land, or our homes, or to take those of another; whether to satisfy the call of duty or the bonds of friendship; whether to enrich ourselves or consolidate our power, or just for the sheer dumb hell of it, we love to fight. At heart, we all do. If men didn’t have an instinct for war, then kings and emperors would never have built and held the realms they did, and huge armies would not, for long periods of time, have held sway over vast sections of the world.

But what is it that really makes men - and many women - want to fight? What is it that makes young people enlist in the army, or sign up for kickboxing lessons? What is it that makes that guy talking loudly in the cinema a worthy recipient in your mind for a knuckle sandwich? Why do the strong prey on the weak, and the many on the few? And what part does false courage, such as alcohol or the encouragement of mates, play in our desire to inflict violence on others? There’s surely no one answer, and the possibilities I’ve outlined above may go some way towards providing reasons, but no doubt there are many others. Men and women fight because they’ve been wronged, or feel they have. They fight against oppression and tyranny, they fight for their country out of a sense of national pride, or to protect their families. And of course, without question, two of the main reasons people fight is for religion and money, the two sometimes going hand in hand.

In this new journal I’ll be looking at all instances of man’s desire for conflict, so we’ll be examining the major and minor battles of history, trying to see why they took place, if they met their goal, and what, if any, impact they had on later history. But I won’t be just checking out the battlefields of humanity, oh no: the title of this journal is The History of Human Conflict, and for there to be conflict there does not necessarily have to be battle, or war, or even physical confrontation. Man’s entire history is built on conflict. Sometimes this is a good thing, as a society without conflict can be seen to be a stagnant one, and we all know what happened to the Eloi in H.G Wells’s novel. Out of wars and empires have come some incredible advances in science and technology, agriculture and of course warfare, architecture, art and music, and education. These can be the by-products of war; they are usually not the goal. But conflict does move humanity on, and every so often, to be crude and inaccurate, the human race needs a good kick up the arse to get it going, or keep it going, in case it gets lazy and starts to atrophy.

Nobody would deny though that the main product of wars is death, loss, famine, destruction and a reduction in population. But as I said, human conflict is not limited to wars and battles, so my intention is to look into all other forms of struggle - union strikes, the vote for women, slavery, poverty, ideological battles as well as physical ones, from the smallest to the largest and from the most important to the least. Naturally, I don’t intend, nor do I have any hope of covering every conflict in our history - nobody could live that long - so I will be choosing my subjects carefully. Unlike some of my other history projects, this one will not adhere to a timeline, so we may check out a battle in Ancient Greece and then hop over to World War I for the Battle of Jutland, or maybe look in on the Bay of Pigs or the Tet Offensive, all the while stopping off to examine women’s suffrage, the plight of Palestinians or the unfair treatment meted out to the workers by heartless employers and global conglomerates.

Throughout this I will be maintaining my usual mix of wit and personal observation (shut up), while researching from multiple sources. I hope to make this an interesting, perhaps surprising tour through the many and varied confrontations man has had with his fellow man, and no doubt will continue to have as long as he exists.
Share:
Facebook Twitter Reddit Pinterest WhatsApp Email Share Link