Share:
Facebook Twitter Reddit Pinterest WhatsApp Email Share Link
For some days now I’ve been wanting to deploy a canopy shelter over the cooking area.
As it is the blazing heat make’s meal preparation almost unbearable from mid-day onwards. Almost like nature is assaulting you.
If you wait until sun-down the ‘forest air-service’ mosquito’s take over with more direct attacks.
I also suspect rainfall is due and don’t want the cooking stuff to get soaked either.
After some mental storming for a few minutes I put my western mind of gears and wheels spinning until a few lightning erupted!

It’s late afternoon and I don’t have time to mess around.
I first try using some camouflage netting but the size is too small. 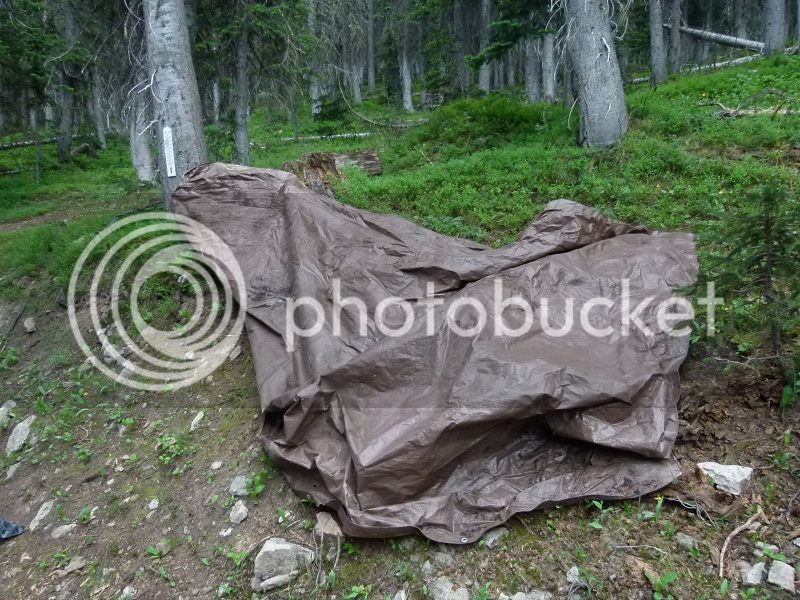 Then I spy some brown hessian under some materials nearby. It’s huge but only just big enough for the area!
After untangling it and dragging it over to the cooking area.
Mike’s wondering what I’m doing now and suggests using the nearby tree’s to suspend the hessian.

As my original plan had been to dig down and plant wooden ‘uprights’, Mike’s suggestion made it miles easier. Although I’d have to make a lot of adjustments with the twine I was using to suspend it with.

Mike made the job easier and improved again by having a middle support cord running under the center of the canopy. That meant it had a ‘ridge’ instead of being flat and susceptable to cave-in under heavy rain and snow.

After about an hour of tree-tying and scrambling about the canopy was up.
It didn’t look too bad either, I’d have to get some better cordage in Colorado as the twine tended to snap under gusts of winds. 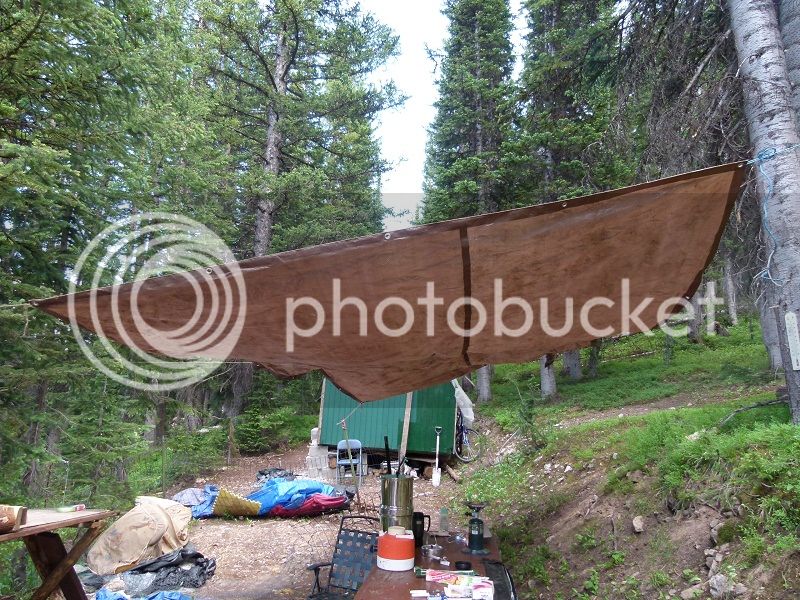 From a distance it looked like and alive brown thing when it inflated. Mike even joked it was the wind breathing in and out, like a huge lung! LOL.
I was happy though and could finally sit under some shade while cooking and working etc.
Big day tomorrow, we’re off South to Mike’s City Retreat!
Hopefully not for too long though…
Share:
Facebook Twitter Reddit Pinterest WhatsApp Email Share Link