Call the Name of the Harbinger 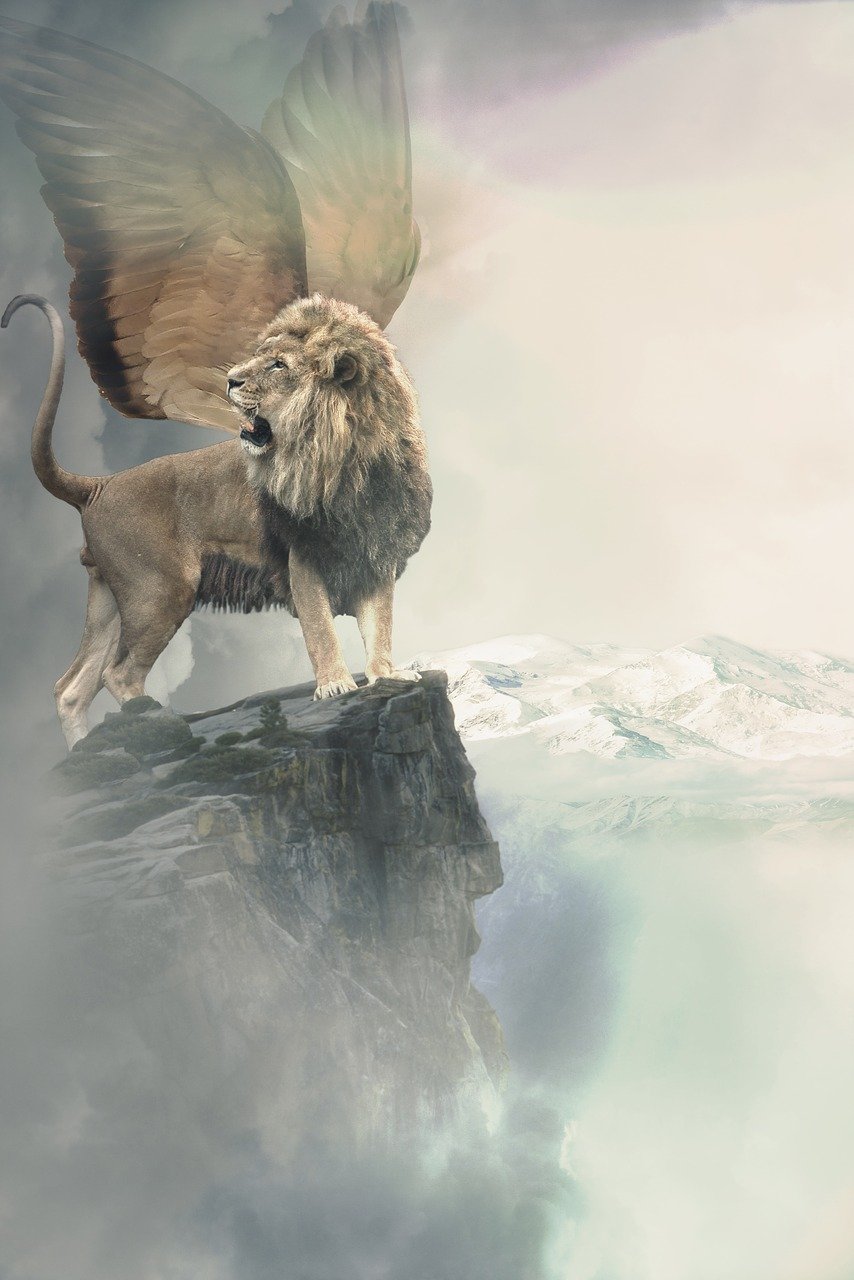 Call the Name of the Harbinger

Above it all, he lords in turreted heights,
captive bound in the zephyr born maps
of the cumulonimbus crowned in white.

Harbinger, once cloven and bihorned—
he of darkest sin and covetous heart,
whose freedom came with bones torn.

His prison an ageless evergreen tree
whose, pith, pitch, and pulp bound
a beast by his horns, unable to flee…

Steadfast held the rings, grown true
so they kept him, a lover’s embrace
as worn night ceded to dawning blue.

And for Harbinger dawn was doom,
that starbright trace across his hide
would turn him to a cindered plume.

The great beast, the Bicorn bound—
sides lathered in muck sweat and
rank with fear, slid to the ground.

Each, hitched and panicked breath
might be the last, that final draw—
for he knew light brought his death.

A veil, fell on the air of fresh dawn,
deepest shades of a blooming storm
gave new hope to the demon spawn.

To cloven splays, Harbinger surged.
Against his twined, twin golden horns,
he fought, a fear driven rage to purge.

Bicorn bound, held captive by a horn,
rammed into the heart of that old tree—
from the wood it would never be torn.

Harbinger, cloven hooves braced wide,
fear of Ebb clutched tight to his heart,
reared, threw all his weight to the side.

Hunter of the Unicorn

Lion risen, judgement cast in wings of stone,
strong, unyielding, a bitter face, marble cold.
Yet there is a lesson told in a shattered bone.

For it was by the sacrificed of bloody bone,
a clever war lord was unleashed once again,
fleet feet that easily evaded the lion of stone.

Lion Rampant, two steps behind at the tree—
in a grove of ageless redwoods fire scarred,
a trail taken by fire, by coveted rain freed.

Unicorn broken away, loosed from a past,
never to be undone, that blood debt taken.
And for those crimes, Cain was iron cast.

Yet by haphazard fate the hunter was now
the hunted—denizen of the race extinction
sought to take. No quarter at Aslan’s How.

So time marked by the drubs of his heart,
Cain took to his heels. Two feet touched,
three feet gathered, stole a slim head start.

Fleet feet through the ashes and rain tore,
cinders, about his shoulders marked him,
a cloak of sin, a veil he henceforth wore.


The Flight of Cain the Covetous

Away, above to the razor rock maze
fleet feet flung in reckless haste, fly
touch and go through terror’s haze—


A little clarification on the chronology at this juncture. Cain's flight to avoid Nine the Rampant brings him face to face with Violet Bright again in Breach at the Nimbostratus Breakers.