I have returned intact!

The next few days passed without incident. Work on the great dig continues, I went at it like a berserker for about half an hour and got all the remaining surface soil pick-axed to oblivion.
Mike, obviously impressed with my prowess wielding the thing said he was ok to carry on by himself.
That gave me plenty more time on the ‘Gulch Gateway Project’.
The Entranceway into Mike’s Gulch will hopefully be two sets of gates. One as a main-entrance for SUV’s etc, the other as a side or auxillary exit for ATV’s and the Dirt-Bike.

As for the fencing I’d done earlier this would be notched and nailed with thick spikes. I even bought some 10 inch one’s as this thing is going to be heavy-duty and substantial. Like a medieval town or fortress gateway.

I hope MMM and I can lift it when I’ve put it together on the ground as even the bottom cross-member alone is about 55-60 pounds.

Getting the notches made. 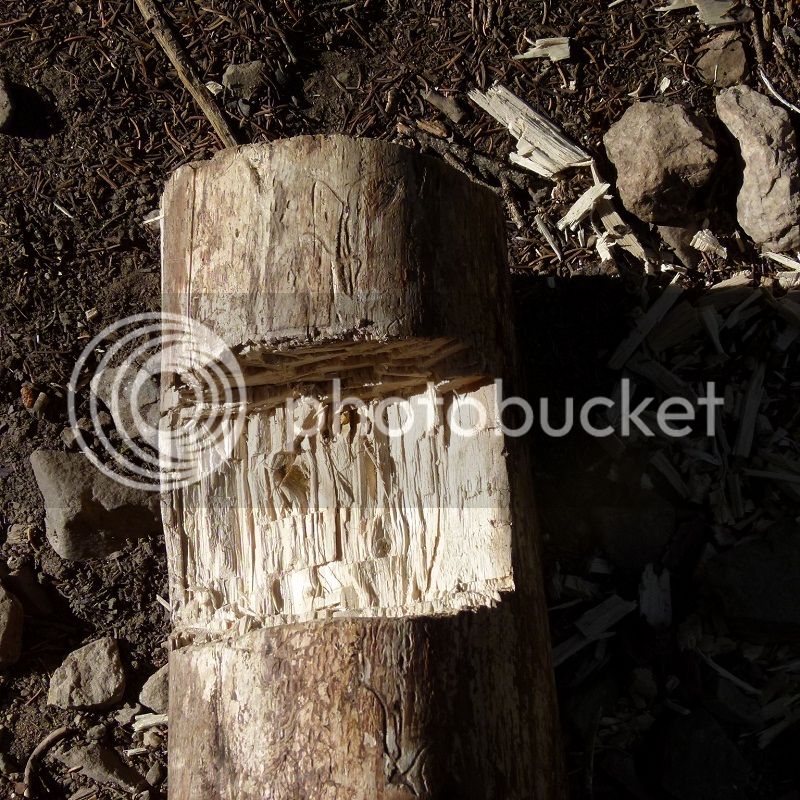 ​
All in place, ready for nailing.

​
While I was busy working on it one of the non-liberal cabineer’s came along on foot.
She passed the message on that there was ‘a bit of wood’ they wanted rid off.
MMM was on scout-mode on the ATV so when he zoomed past I passed on the message.
Without saying a word he roared off to the Cabin in question.
He returned ten minutes later with a bit of wood on the front bars.
‘There’s a door and lots of wood, but we’ll need the wolverine to get it.’ Rambled Mike.
‘More than a bit of wood then.’ I mused gloomily, but the door would be handy, as Mike said it would work great on the Warehouse Shed.

Reluctantly I cleared all the logs I’d laid out and got the Wolverine out of mini-hibernation.
Then it was off to the Cabin of Wood where we loaded the Wolverine to the gills. 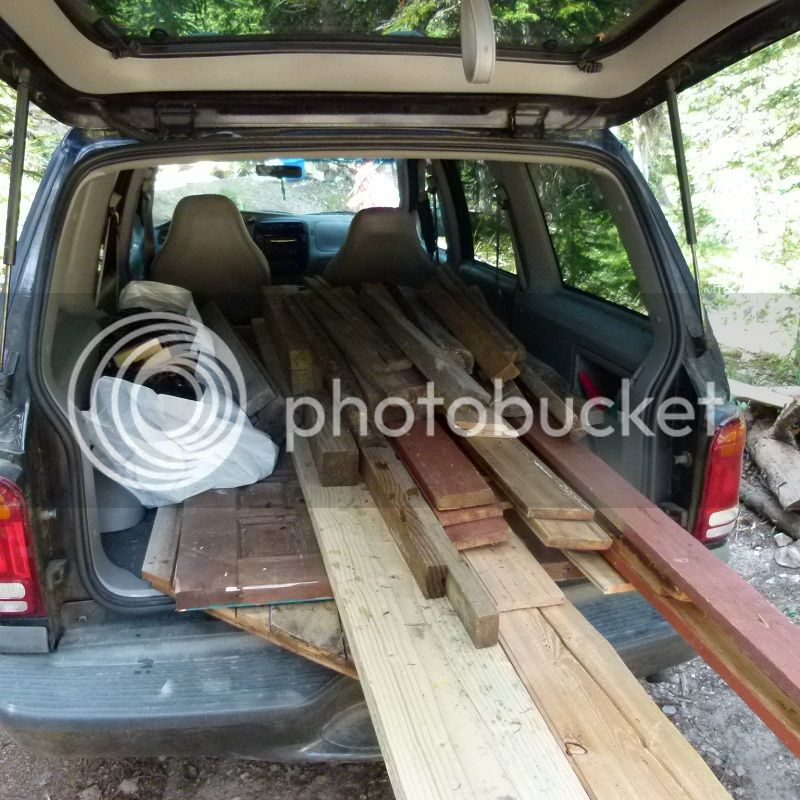 ​
I was expressing dismay we’d be able to fit all of the wood materials in but MMM surprised me with his dogged ways;
With the tailgate wide open and Mike cradling this oversized wooded cage-box I drove back to the Gulch while MMM clung on in the trunk, wedged in amidst all kinds of wooden pieces. 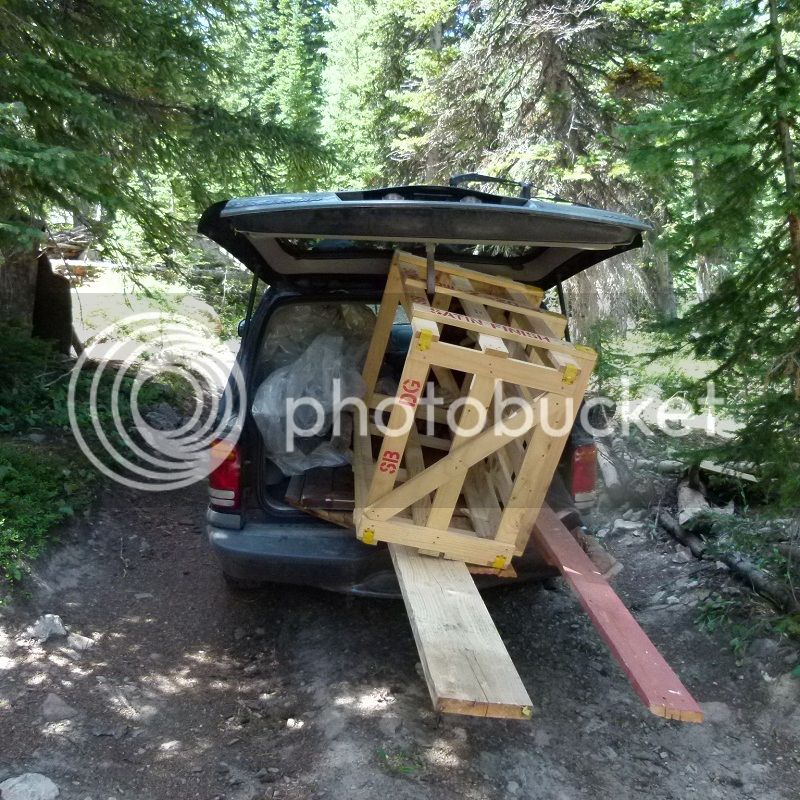 When it came time to fjord the spring Mike was stuck in kinda so I had to rumble on over it hoping he wouldn't tumble out amid all the planks and wood!!

This is what it looked like on returning to the Gulch, you can just make out MMM. 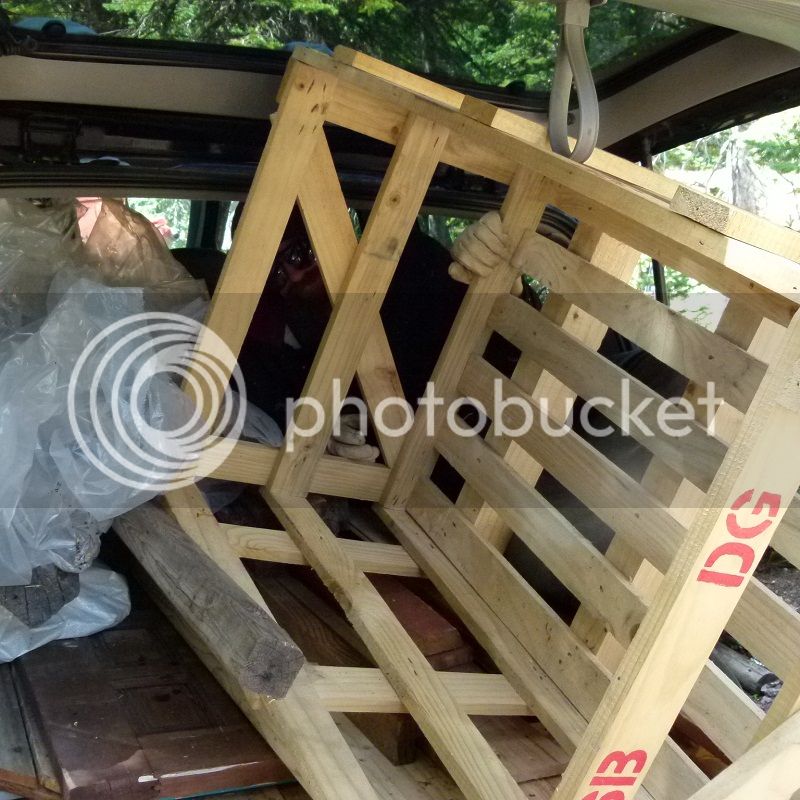 ​
Carrying the gear up the gulch was arduous, but Mike just carried this like it was a sack of potatoes! 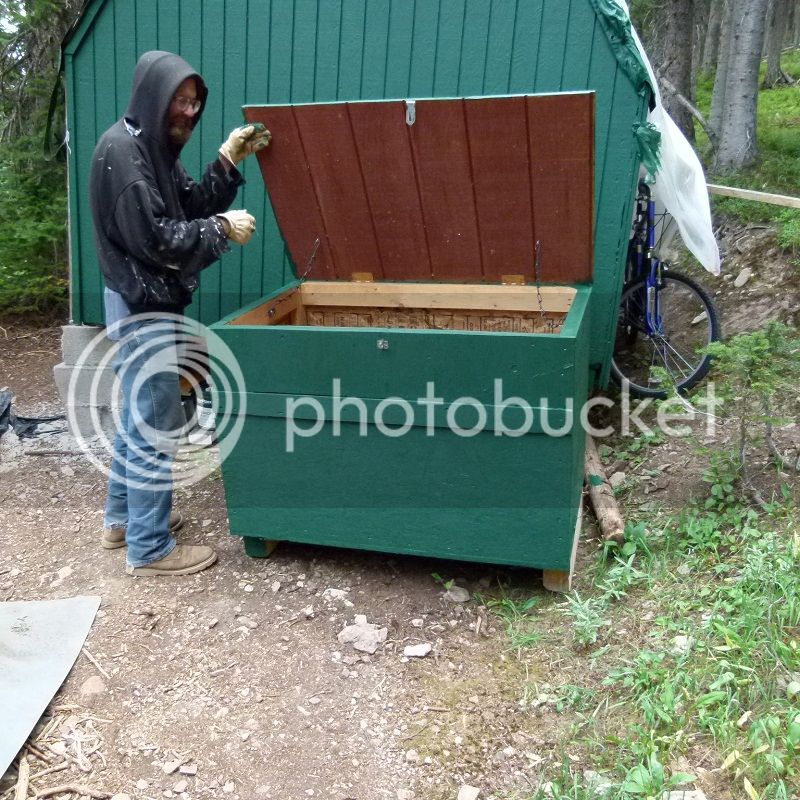 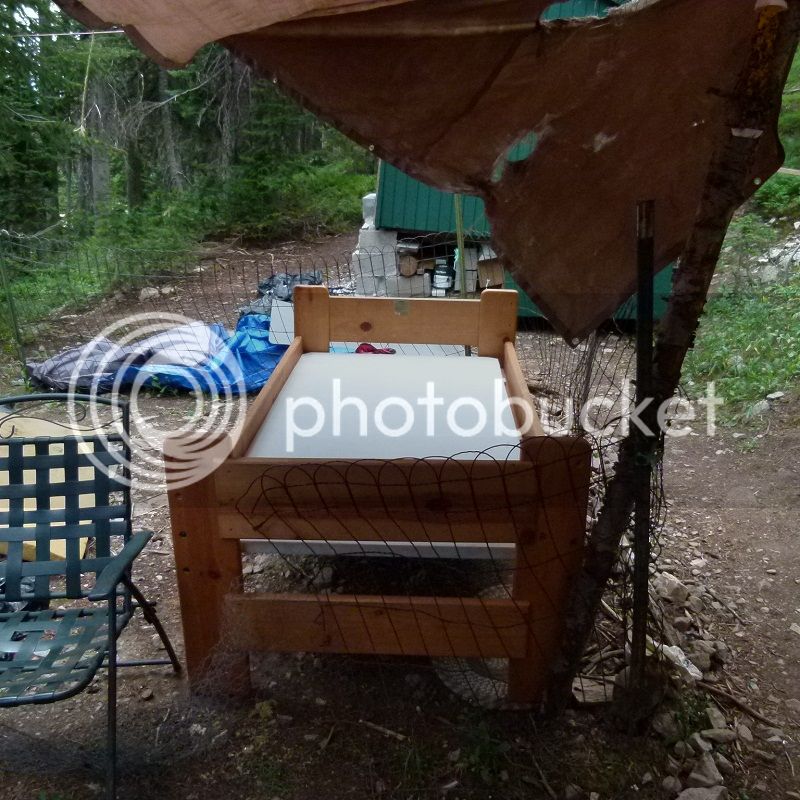