Breach in the Nimbostratus Breakers 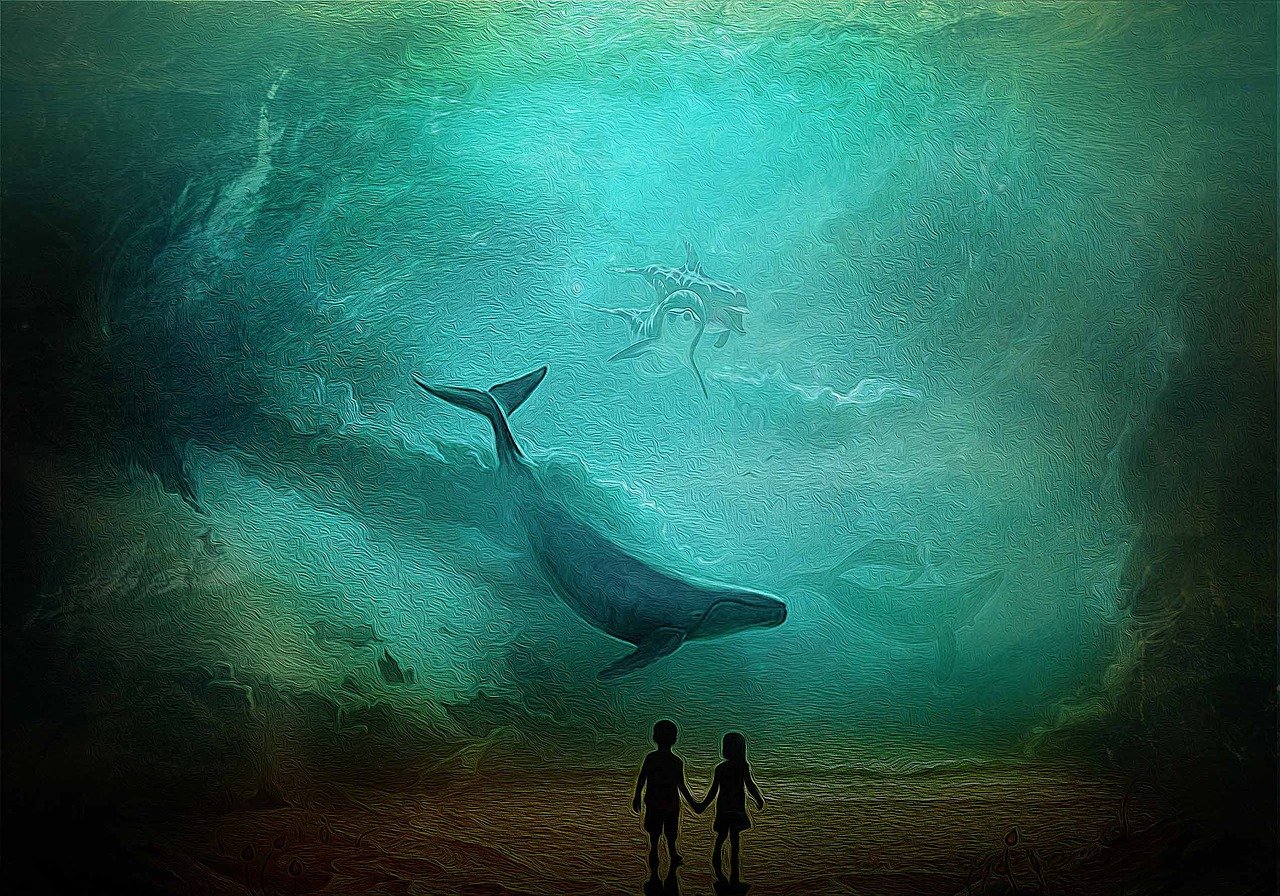 Breach in the Nimbostratus Breakers

The surface was perfect, no ripple to disturb or mar
but beneath the unbreakable barrier it now appeared,
knobbled and gnarled, enrobed in old barnacle scars

One of the last and greatest beasts of old mariner lore,
breached the nimbostratus breakers that billowed there
beneath that curiously small interdimensional trapdoor.

Like Alice’s sneak peek through the keyhole, two eyes
saw there was more than meets the eye, she truly knew
the barrier, the stillness of the breaching beast were lies.

As if in reply, the wind with its load of waves and cloud,
drew a deep breath and rushed with all its fabled might
at the barrier that held it down. Breach it, dream aloud!

Whimsy wake, take wing. Sail on a song. Whale sing!
And from the heart of the nimbostratus breaker it woke,
the Humpback: Breacher of the Sixth Impossible Thing.

Water and wind in a breakers’ foam swallowed the sky,
feet lifted free, torrent swept, taken in an elemental rush
to the world where the sky was sea and the whales fly.

Through and away, fall down to reach high, catch hold
of a lost unicorn’s billowing mane, dare to climb astride—
and ride fast and hard, dive into the breakers’ biting cold.

Breacher holds the leading edge of a torrent, storm borne,
as he leaps free, pale belly a snowy slope in sweet indigo—
Nimbostratus waves lift the rider astride the wild unicorn.

Cloven splays hold the waves and climb as they break.
Onward, upward into the deepest folds of cobalt blue,
as the humpback cleaves a pathway, so much at stake.

Ageless maples like coral glow in the faded twilight,
golden aspens as the sea lilies, flutter, flex and flow
on the currents the bear the rider, violet eyes bright…

Livid white ‘n sour old smiths vivid in apple crisp air,
as a reef of trees, in the finest robes of autumn, rippled,
bore witness as the Breacher fell, caused reality to tear.

Fire in the water, stars swallowed by billowed seas,
chase the Breacher Whale, trace the breakers’ wake
as the Song of the Nimbostratus Whale wheels free.

Through the icy soul of the maelstrom once more
she rides, safe astride the fugitive sought by Nine,
Violet Bright on a journey to the Nowhere Shore.