Blathering's and Updates' from the Shadow Puppet (2) 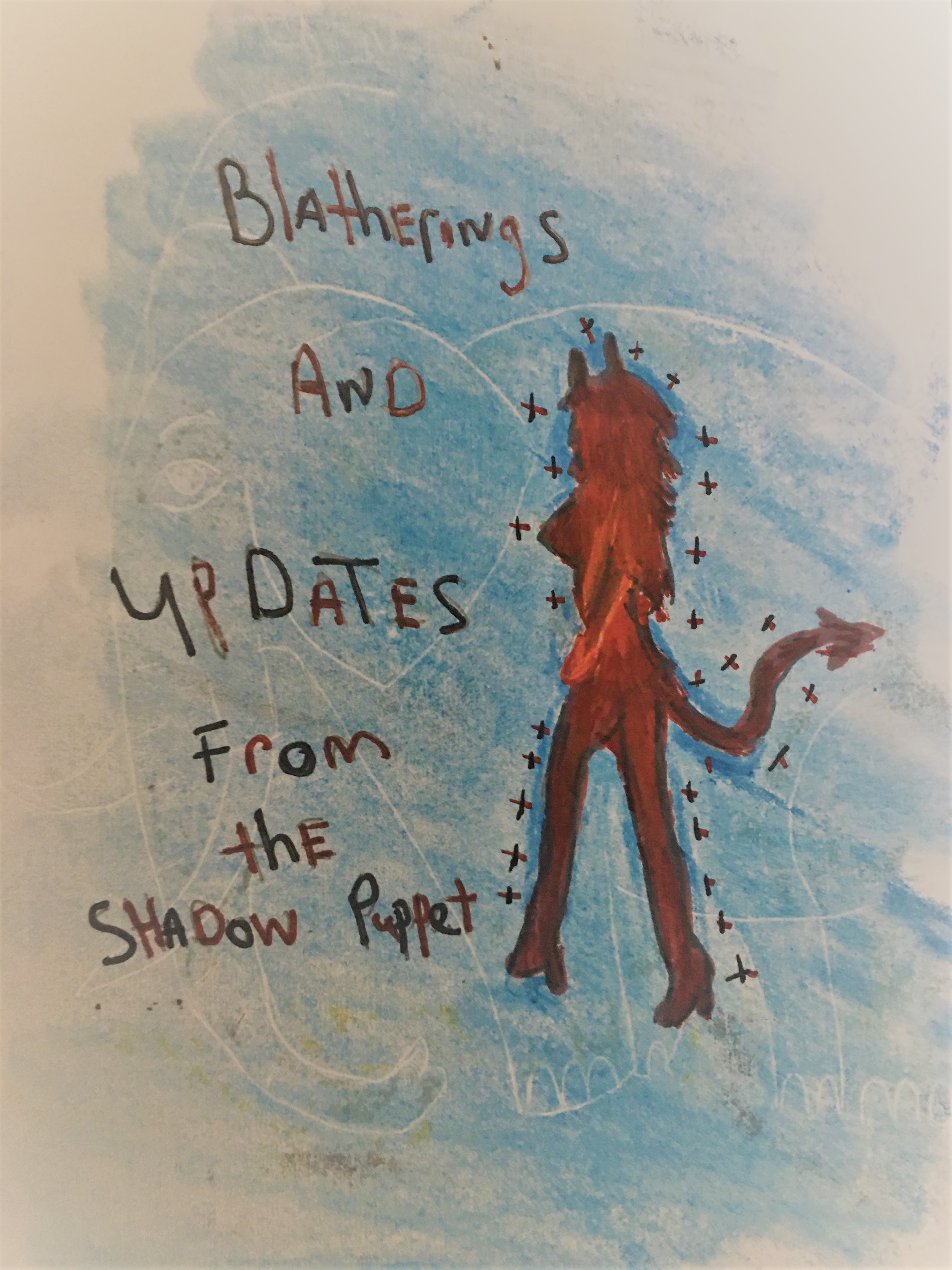 I haven’t done a blog in a while, not because I ran out of idea’s it’s because I have too many in the fire. I plan on doing 16 more ‘once upons’. I’ve been drawing them, having a ball doing that and decided to do another series related to them. The ‘fiddler and jumping jack jimmy jam jones.’ I’m also still writing my android series- in the middle of the current chapter. I plan on doing 6 more chapters and a few interludes. I created a new character that I’m really excited about, Shahara, she’ll play a dominant role down the line.

I know, not too many members are reading this stuff, actually very few, but it doesn’t matter in the least. I’m writing these blogs for me, putting my world together in a type of mosaic. A little bit here and a little bit there. I also have one more series which I’ll do down the line. My beasties, I released the beastie poems on the showcase but I’ve written a story with it, their origins and purpose as well as their relationship with the Legionaries (the elementals that did not follow Mephistopheles.)

I know your all wondering (well I’m wondering) we’ll I release my series the “Trinity Dreamscape”. maybe down the road, it used to be a first rights thing, but I blew that by showing a rough 1st draft on another site, 12 years ago, it’s totally different now, actually way different, but a publisher (a major one) who was going to publish it backed out even though it was from a near dead website. They said if my book hit that website may still have some rights to the story and a legal hassle could pursue. So, protect your first rights if you want to be published. So, I may show this in the future after I release all this other stuff. So, when I publish it will be self-published. Not what I hoped but that’s what happens when you show your stuff on public sites.

As you all know, I took over the Poetry Challenge from Lisa (Chester’s Daughter). I’m trying to make it pop once again, a hard task indeed. I’m putting it out on a few boards, I was going to put it on Announcements, like I did on the “poetry showcase” but I found out that I did not have those privileges to do it like I had I the old site. I just hope the tools that I have are enough to make the poets crawl out of their safe cocoon’s. I did find out that the poets in the challenge are not a chatty lot but I hope to break those barriers down in the months ahead.

rcallaci
I'm a writer of prose and poetry that deals with pagan themes concerning the nature between the grey areas of good and evil. My blogs represent my philosophical take on things through illustrations, prose, and poetry .. If your gentle of heart , cover your eyes...
Share:
Facebook Twitter Reddit Pinterest WhatsApp Email Share Link