Ad Astra: Trollheart's Guide to the Galaxy (and Beyond) 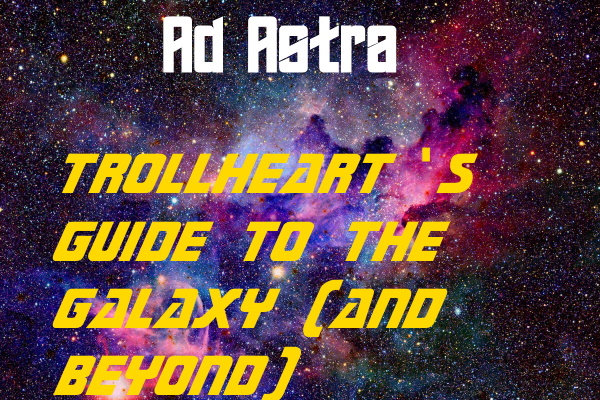 As a child, another of my nerdish interests was in space. Not quite so much astronomy - I tried that, but never really got into it in any sort of proper way, the same as I dabbled (using the word very generously) in photography and playing the keyboards - but space itself. This isn’t terribly surprising when you consider a few factors. One, I was a kid. What kid isn’t attracted by space, the stars, travel through the galaxy, aliens etc? Two, I was already into science fiction, so space was almost by default the backdrop for most of what I was reading, and three, space is interesting. It’s interesting on the surface because there’s so much of it and we have explored virtually none of it. The idea of strange and distant stars, planets which might support life (and life vastly different to our own, most likely), to say nothing of the likes of quasars, pulsars and of course black holes, is always attractive, if nothing else, due to the mystery of such phenomena. 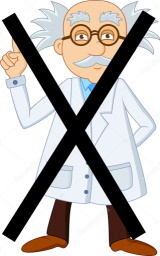 Not really. I'm not advocating the new Republican way, championed (if that's the right word) by an orange hobgoblin who never learned the first lesson of sportsmanship and how to lose gracefully. I'm not ignoring, challenging or denying science in any way. But hell, for a lot of us science is, what's the word, oh yeah, boring.

In my initial search for books to support my research into this journal, I came across a lot of writing on particle physics, quantum theory, mathematics of the cosmos and so on, and I left them where I found them. While there has to be a certain amount of science in any exploration, even written, of our universe, I don’t want to get bogged down in dry scientific details, and I don’t have that sort of brain anyway. Much of what I would be reading would be incomprehensible to me. Marie Monday may be at sea when it comes to computer technology, but she can run (Saturn’s) rings around me - indeed, most of us - when it comes to the likes of string theory and quantum mechanics, and good for her. But I hated maths as a child and young adult and I never quite got it, and the whole subject bores me. And while I may have no problem boring my audience with my many and varied journals, I’ll be damned if I’m going to bore myself!

So what I intend to do here (how very original I hear you sneer) is to take you on a sort of travelogue of the galaxy, and, as the title promises, most likely beyond that too. I’m going to begin by investigating the planets that surround our sun and make up the solar system in which we live, and then range out further afield, going from star to star as if we’re in a cosmic cruise liner (no, NOT a spaceship of the mind! Keep your allegations of plagiarism to yourself, Neal DeGrasse Tyson!) taking a trip through the wonder of space (no, you can sod off too, Brian Cox! Just because you’re a professor science space guy doesn’t mean you have a monopoly on talking about the universe!) and seeing what it has to offer.

I have the vaguest idea myself of the cosmos. I know all the planets of course - though probably, almost definitely not as well as I think I do, and we’ll find that out here - and a few facts about stars, black holes, quasars, the usual stuff. I’ve heard of the Gates of Creation, the Horsehead Nebula, the Large and the Small Magellanic Clouds, wormholes, gamma ray bursts and binary star systems. I know what they believe the giant red spot on Jupiter is and I know that Venus is almost the same size as Earth. I know the atmosphere on Titan, Jupiter’s largest moon, is made of methane, and that there are volcanoes on Neptune several miles high. But all of these facts, or even factoids, in most cases make up the sum total of my knowledge of each of these planets, while of course I know there is so much more to learn about them. And that’s just the planets. I know Albedaran is a Red Giant, as is Betelgeuse. I know Proxima Centauri is our nearest star, that the Andromeda Galaxy is our closest neighbour, and beyond that I know the names of some stars - Vega, Altair, Cassiopeia, Sirius, Procyon and so on - but that’s all I do know about them.

So this will be a journey of exploration and discovery for me as much as for anyone who reads this. Together we’ll board the cruiser to the stars and head out into the vast reaches of the Milky Way, seeing all the sights we can and learning about the stars and maybe planets, and other stellar phenomena and cosmic points of interest in our own galaxy, before ranging further afield, and travelling to the very boundaries of the universe. I’d advise packing a lunch - replicator food does not come recommended. And make sure your phone is charged: I don’t want any of you draining the precious resources of our ship.

While the intention is to give you some information here, to educate and explain, we’ll be leaving the nuts and bolts and the textbooks to others more qualified than I. Hey, even if you don’t learn anything (though you surely will) there’s still going to be some amazing sights to be seen on our journey, and all you have to do is look out one of the windows. What? Viewscreens? What do you think this is: the starship Enterprise? You have any idea how hard it was to finance this trip? Viewscreens? You’re lucky we have windows!

The name of that ship? Let’s call it - hmm. Let’s call it the Darwin. The man who would become the very father of evolution theory travelled to distant lands in search of the origins of life, so we can now emulate his journey on a cosmic scale, and therefore it only seems right that our interstellar cruise liner should bear his name. 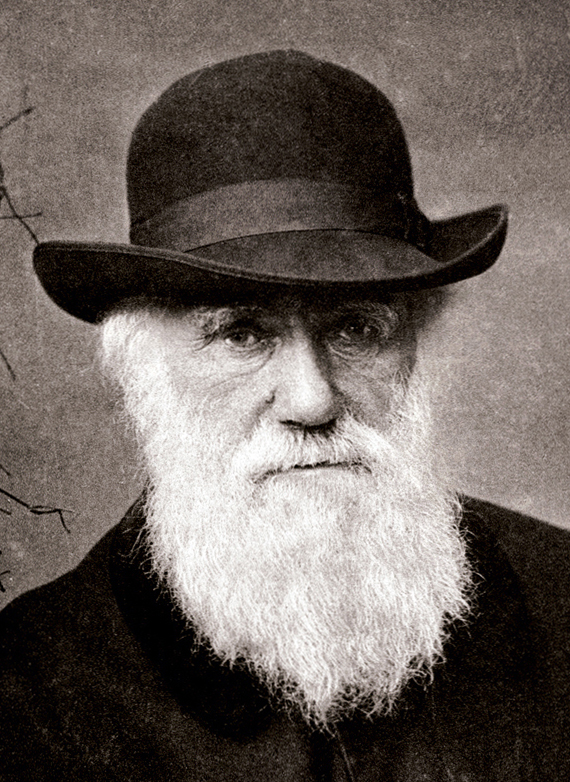 So make sure you have your boarding passes, take your spacesick pills and - no you don’t need to put your helmet on: this is a pressurised environment. Where do you think you are? The twentieth century? - prepare for the trip of a lifetime.

Oh, there are no refunds. Just thought I’d mention that.