Welcome to the 'new look' WF. Here are a few links to help you navigate the forum. 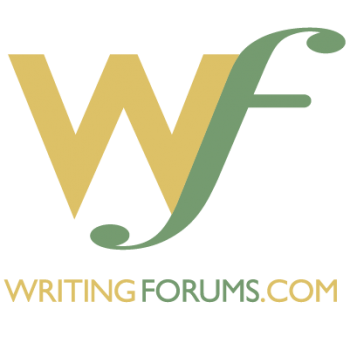 Latest Activity - What's New!- Latest activity across all the forums
WF Blog - Check out the latest member blogs or create your own free blog

FAQ's and Member Guide A comprehensive guide - What's What?, What's Where? and How To. Can't find what you are looking for after you've scrolled to the end? Contact an administrator.

This month our WF author interview is with James Dutton (vranger) who has published four novels and is currently editing his fifth.

Hi James, thank you for agreeing to this interview.

Please tell us a little about yourself and your background.

I started out my career as a programmer and then systems analyst, and my entire career has involved software development on mainframes, mini computers, PCs, and web applications. Even though my first business was a gaming company revolving around interactive fiction, I wrote all the software used in the enterprise, including computer-aided games and an entirely computer-moderated game.

The first game, Silverdawn, was heroic fantasy similar to Dungeons and Dragons, but was a game system I designed. As time went by, we did a Star Trek game, our own sci-fi title: StarQuest, then a computer-aided game actually licensed from TSR for AD&D, a spy game, and an Indy style adventure game.

That business (started in the summer of 1981) became...
Continue…
Interviews
Continue… 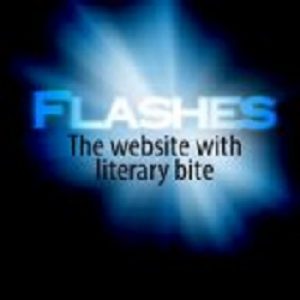 ​
We are pleased to welcome J.S. Breukelaar, whose new novel, THE BRIDGE, releases from Meerkat Press on June 22, 2021. J.S. Breukelaar is the author of Collision: Stories, a 2019 Shirley Jackson Award finalist, and winner of the 2019 Aurealis and Ditmar Awards. Previous novels include Aletheia and American Monster. Her short fiction has appeared in the Dark Magazine, Tiny Nightmares, Black Static, Gamut, Unnerving, Lightspeed, Lamplight, Juked, in Year’s Best Horror and Fantasy 2019 and elsewhere. She currently lives in Sydney, Australia, where she teaches writing and literature, and is at work on a new collection of short stories and a novella. You can find her at thelivingsuitcase.com and on Twitter and elsewhere @jsbreukelaar.

What was an early experience where you learned that language had power?

When I was in fifth grade and a kid donkey-kicked me in...
Continue…
Interviews
Continue… 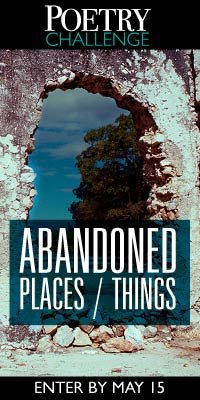 As previously discussed, the challenge rules have been revamped.

The “Like” function may now be utilized at any time.

Discussion regarding any entry, or any challenge related issues, may take place at any time in either Bistro. Kindly be mindful that secure entries are only discussed in the Secure Bistro to preserve the first rights of entrants.

Once the entry phase has been officially closed, and the voting process has begun, critique for public entries may be posted in the voting thread itself, while critique for secure entries must be posted in a dedicated thread in the challenge workshop to preserve the first rights of entrants. 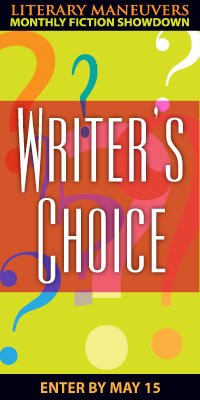 Introducing
Literary Maneuvers Competition
for May 2021

there is NO prompt.

The stories you submit for the
May 2021 Literary
Maneuvers Comp
can be about anything you want,
but must adhere to 650 words,
not including the title.

Do your best work.
Your stories will be scored the same as always,
without the caveat that it must relate
In some way to a prompt (because there is none).

Word limit: 650
Begins Wednesday, April 28th
(due to site transition)
Closes Saturday, May 15th
2359hrs GMT
Critiques from judges due to
SueC
(please and thank you)
No later than Monday, May 31st
Introduction

This month you will be prompted: 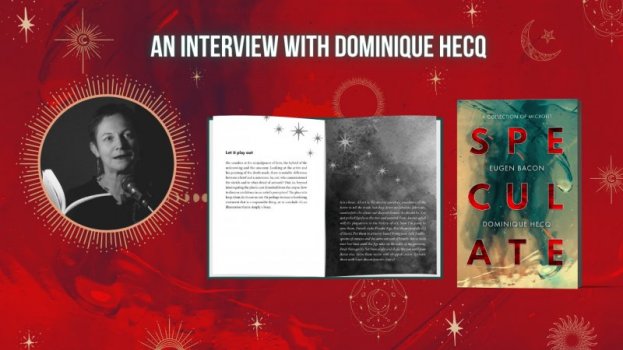 ​
We are pleased to welcome poet, writer, scholar Dominique Hecq, co-author with Eugen Bacon of Speculate: A Collection of Microlit. Dominique grew up in the French-speaking part of Belgium and now lives in Melbourne. Her works include a novel, three collections of stories and ten books of poetry. Hecq’s poems and stories have been widely published in anthologies and journals. Often experimental, her work explores love, loss, exile and the possibilities of language. Speculate (2021), Kaosmos (2020) and Tracks (2020) are her latest books. Among other awards such as the Melbourne Fringe Festival Award, the Woorilla Prize for fiction, the Martha Richardson Medal for Poetry, and the New England Poetry Prize, Hecq is a recipient of the 2018 International Best Poets Prize.


You are quite an accomplished award-winning poet, writer...
Continue…
Interviews
Continue…

We accept most major credit cards and   can process payments through PayPal   (and in certain countries, Stripe).